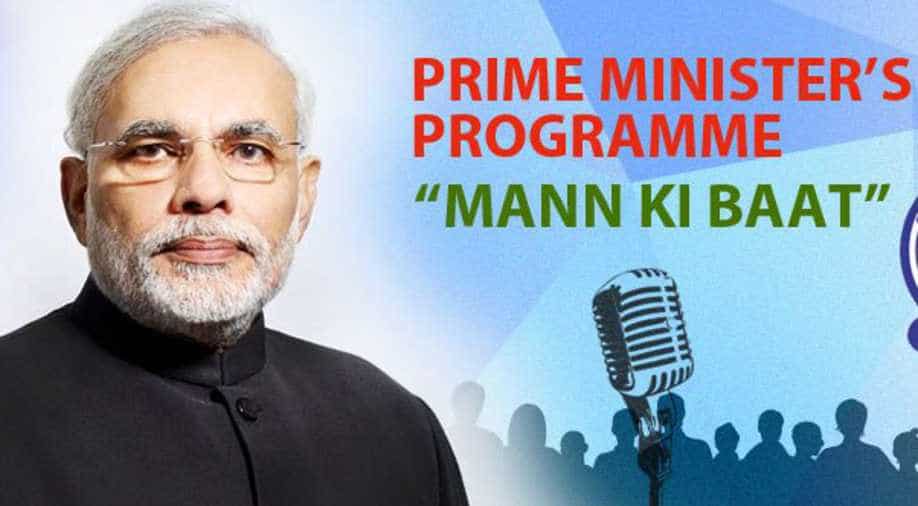 What Mr Modi had wondered, on his Mann ki Baat programme, was what might happen if we refrained from using petrol or diesel one day of the week. Photograph:( Others )

Speaking further, the Prime Minister said, "Today our small entrepreneurs are playing a major partnership role in government procurement through the Government e-Marketplace—GeM. A much more transparent system has been developed through technology."

On Sunday, Prime Minister Narendra Modi spoke on 'Mann Ki Baat' and emphasised the importance of Indian exports, stating that India had met its aim of $400 billion in exports.

"India has achieved the target of 400 billion dollar exports. It has filled us with pride This signifies India`s capabilities and potential. It means that the demand for Indian goods is rising in the world," said PM Modi.

He said that India is reaching different corners and new markets in the world.

"There was a time when the figure of exports from India used to be 100 billion, at times 150 billion, sometimes 200 billion. India has reached 400 billion dollars,".

Small business success, he remarked, is something to be proud of.

"Many fruits and vegetables are reaching the world, including apricots from Ladakh, bananas from Tamil Nadu, and millets from Himachal Pradesh. The list of 'Make in India' products is as long as our country's potential and the dedication of our farmers, manufacturers, and industry, "The Prime Minister stated.

The Prime Minister stated that it was previously believed that only big businesses could sell products to the government, but that this has changed thanks to the GeM Portal, demonstrating the spirit of a New India.

"When each and every Indian is vocal about the local, it does not take long for the local to become global. Lets make the local `global` and augment the prestige of our products further, "he added.

Speaking further, the Prime Minister said, "Today our small entrepreneurs are playing a major partnership role in government procurement through the Government e-Marketplace—GeM. A much more transparent system has been developed through technology."

India on March 23, scripted history of achieving its highest ever goods export target of $400 billion nine days ahead of schedule.