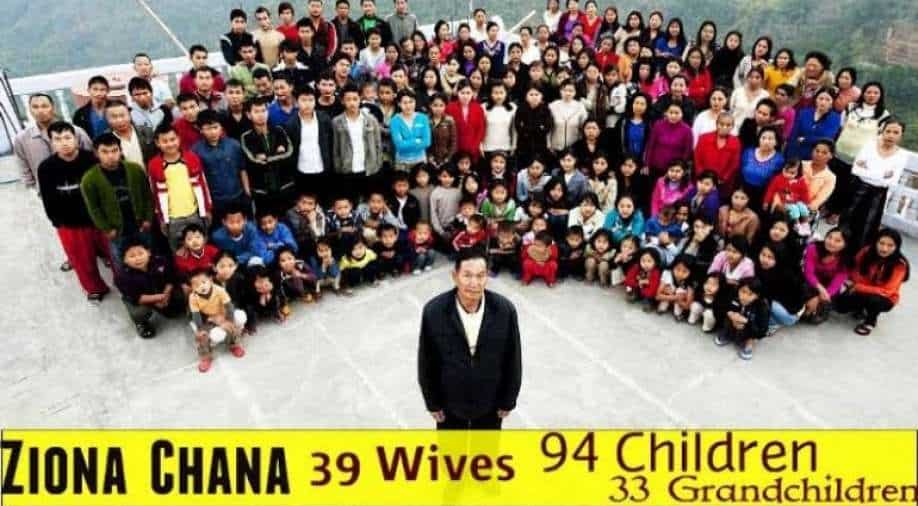 A 76-year-old sect leader with 39 wives and 127 children and grandchildren has died in the northeast Indian state of Mizoram on Sunday.

Zionnghaka Chana lived in a remote area of the state and held the record of one of the world’s largest families.

The village Chana lived in had gained popularity due to his family, which had become a favourite tourist story. "Mizoram and his village at Baktawng Tlangnuam has become a major tourist attraction in the state because of the family," Mizoram Chief Minister Zoramthanga tweeted on Sunday night.

With heavy heart, #Mizoram bid farewell to Mr. Zion-a (76), believed to head the world's largest family, with 38 wives and 89 children.
Mizoram and his village at Baktawng Tlangnuam has become a major tourist attraction in the state because of the family.
Rest in Peace Sir! pic.twitter.com/V1cHmRAOkr

Chana suffered from diabetes and hypertension and was admitted to a local hospital when his health worsened, where he took his last breath.

He was the leader of a sect that was founded by his grandfather in the 1930s with nearly 1,700 members. The Chana family mainly carve wooden furniture and deal in making pottery items, while being the main part of this sect.