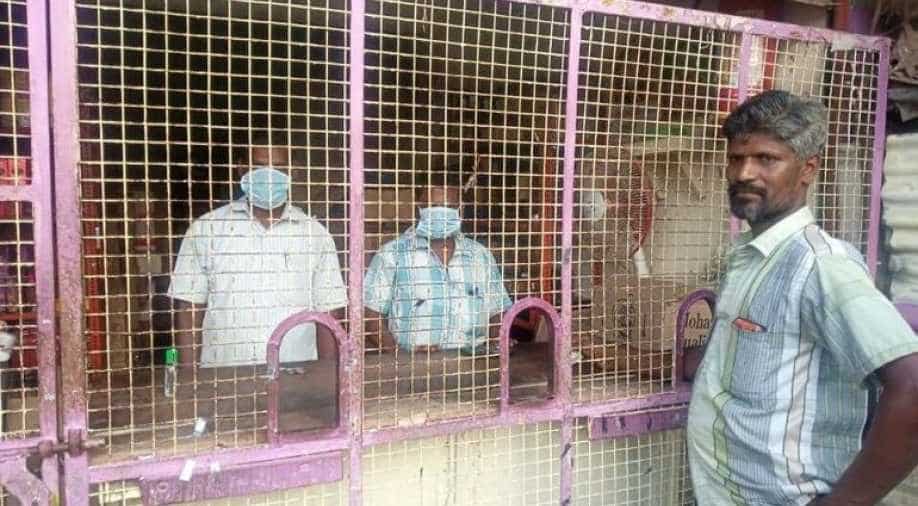 The special division bench directed the government to ensure that an individual is permitted to buy only one 750ml bottle of liquor, per day, if the payment is made in cash.

The special division bench directed the government to ensure that an individual is permitted to buy only one 750ml bottle of liquor, per day, if the payment is made in cash.

The court has also directed the state to add the option of online payment to prevent crowding at liquor outlets. If the payment is made online the time would be intimated and an individual would be able to get two bottles. Strict implementation of social distancing and other precautions have also been instructed.

The bench passed the order after the state government ruled out the means of liquor via online mode. The court will monitor the functioning of shops and if any violation is reported, based on enquiry the TASMAC shops will be directed to be closed by the Court.

The petitioners had sought to quash the government order issued on Monday, which announced that TASMAC liquor outlets would be reopened from May 7.

The plea was on the grounds that liquor outlets are crowded even on normal days and that expecting social distancing and precautions at this time was not practical. The shops would function between 10am and 5pm and the government had stated that a distance of six feet would be maintained between customers and that additional staff would be deployed at the stores to ensure crowd control.

However, while tipplers in the rest of the state can get their hands on their drink starting Thursday, the government has said that the reopening of shops falling under Greater Chennai Police Limits would be deferred and dates would be announced later.

This revision came after severe backlash over how the capital city, Chennai has the maximum COVID-19 cases and the possible worsening of the situation due to overcrowding at liquor shops.

In line wih few other states, the Tamil Nadu government has hiked excise duty on Indian-made foreign liquor by 15 per cent.