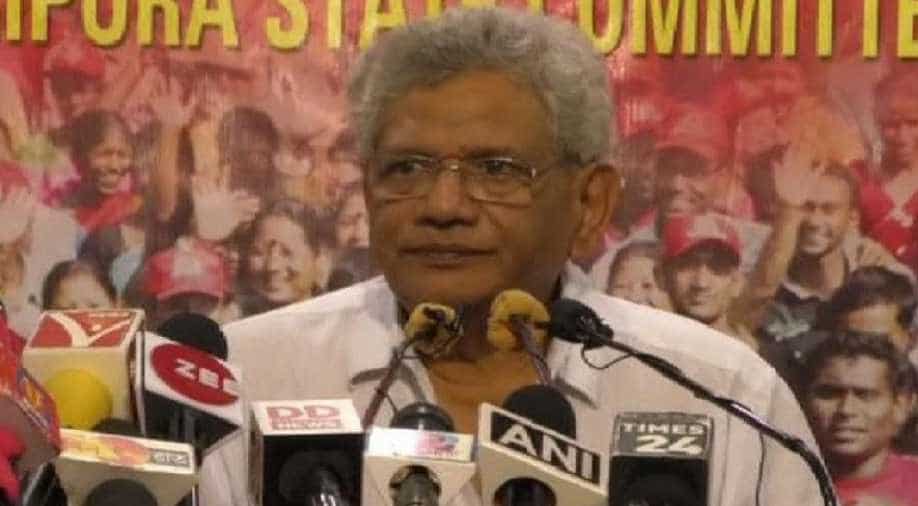 Sitaram Yechury said that only issue in this election for the opposition is to defeat Narendra Modi government.

Sitaram Yechury, the general secretary of Communist Party of India (Marxist) has said that it is regrettable that the left party has not found a place in the Bihar grand alliance of opposition parties.

"It is very regrettable that we have not found a place in ''mahagathbandhan''. The left and the RJD have very old relationship, both have fought together for secularism," said Sitaram Yechury.

"At Begusarai we are contesting on our own while at rest of places we are supporting ''mahagathbandhan'' because we have to defeat the BJP," said Mr Yechury.

Mr Yechury is campaigning for former JNU Students Union president Kanhaiya Kumar who is contesting on a CPI ticket from Begusarai where he is pitted against Union Minister Giriraj Singh of BJP and RJD's Tanveer Hassan.

He said that only issue in this election for the opposition is to defeat Narendra Modi government.

"In the last five years, a very grim situation has reached for everybody, the condition of life is pathetic. We have to defeat BJP," he said.

There are 40 Lok Sabha constituencies in Bihar and polling for first, the second and third phase is already over. Voting for the remain in seats will be held on April 29, May 6, May 12 and May 19; votes will be counted on May 23.