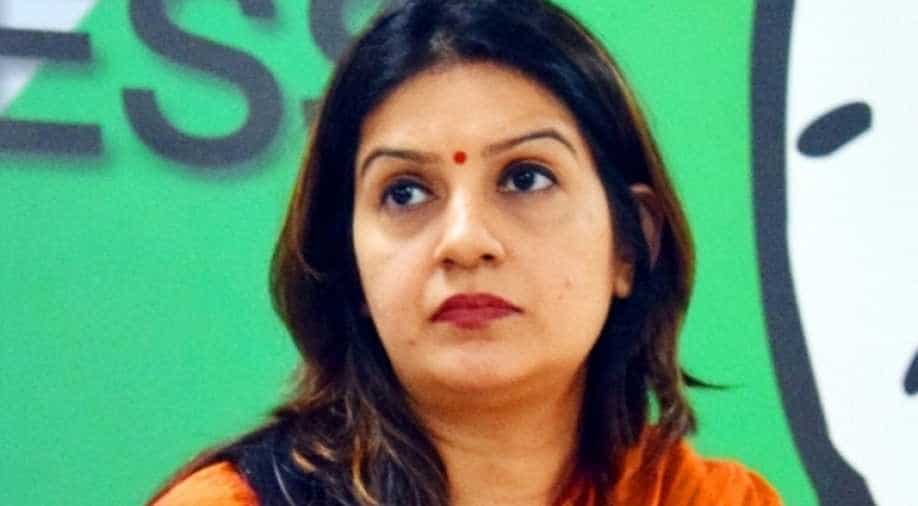 Priyanka Chaturvedi said that the primary reason behind her resignation is inaction against some party workers who misbehaved with her in the past.

Priyanka Chaturvedi formerly joined Shiv Sena in a press conference held in Mumbai. During the conference, she expressed her slight disappointment for being overlooked for the Lok Sabha seat but insisted that it is not why she quit the party.

"Not true that I quit Congress after being denied Lok Sabha ticket," Priyanka Chaturvedi said.

She said that the primary reason behind her resignation is inaction against some party workers who misbehaved with her in the past.

Earlier, after quitting all posts in the party, Chaturvedi sent her resignation to Congress President Rahul Gandhi and other senior leaders.

"In the last few weeks, certain things have convinced me that my services are not valued in the organisation and that I have reached the end of the road. At the same time I also feel that more time that I spend in the organisation will be at the cost of my own self-respect and dignity," Chaturvedi said in her resignation letter.

Uddhav Thackeray welcomed Chaturvedi in Shiv Sena saying that the party workers have got a "good sister" in her.

Chaturvedi had joined the Congress in 2010 and was made the party's spokesperson in 2013.

She quit the party's official WhatsApp media group on Friday morning. Sources said that she was upset for not being nominated from Mumbai for the Lok Sabha elections.

Earlier this week, Chaturvedi had lashed out at Congress in public for reinstating party workers who were accused of misbehaving with her in September 2018.

In a tweet on Wednesday, she accused the Congress of giving preference to "lumpen goons" over those who had given their "sweat and blood" to the party.