Local residents bring back a dead lake in Srinagar 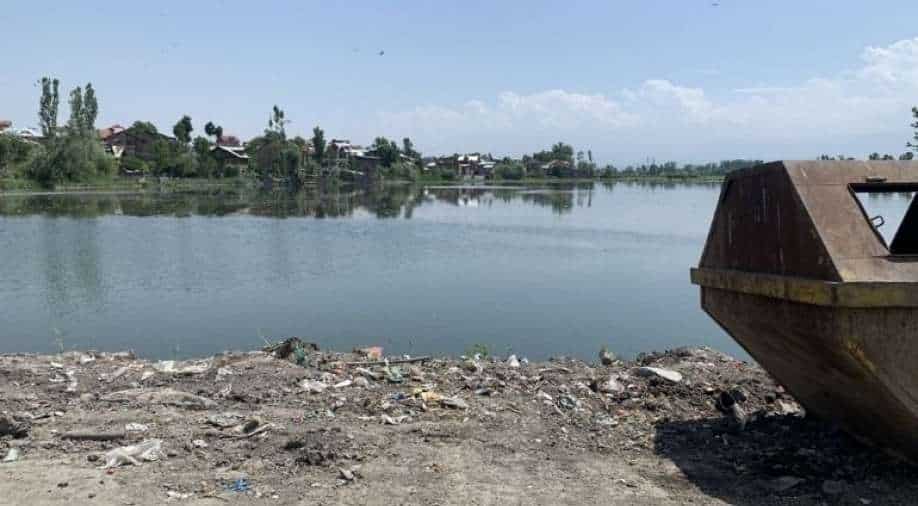 The government has been helping the locals in this initiative as well and have now started to clean the other portion of the lake called Gilsar.

When people decide to bring change, anything is possible. An initiative started by the locals of Srinagar city's Gill Kadal area to clean a dead lake and bring it back to life has finally paid off.

In the middle of the old city, Khushalsar lake was gasping for survival and had turned into a marshy land, making it difficult for locals to even breathe in the area.

However, in the last four months, the locals in the area took it upon themselves to start the process of cleaning the lake. Around 1,000 trucks of garbage have already been taken out and more is being cleared out. However, the lake looks alive again.

Manzoor Wagnoo started the campaign and got everyone on board. He started with the locals and later involved the government to help them in cleaning this lake.

''The most important thing is that in Kashmir, most water bodies are in shambles. I took this initiative with the word Ehsaas. People were walking over the lake as it was dead. I went the next day and met with the locals to discuss the plan. People over there said that many have come and wanted to do this but no one stayed for beyond a couple of days. I literally with folded hands asked them to give me some time," said Manzoor Wangnoo, social worker.

"I thought it was not a small job, I sought an appointment with Div Com and he was extremely helpful. He asked me to start work the following day. We started the work in February. Just a few days ago we threw open this lake and can you believe we took a shikara ride in this lake after thirty years. The whole water body was choked. Tourists in the old days used to come to take a shikara ride in this lake and there was a beautiful bird sanctuary, the children would swim there and we had a special fish called golden fish which I will make sure is found in it again."

People living around the lake had given up because they thought it would be impossible to bring it back to life. Some locals also said that in their childhood days, they would drink water from this lake and catch fish too.

''I have been living here for the last 50 years, we live right on the banks of this lake, I remember we used to fish here in my childhood and I have caught fish of 3 kgs in this lake, we used to drink this water but now you can't even touch the water. This place used to stink like anything, we would not come out in the gardens as there was so much stink,'' said Mohd Yousuf, a local.

The locals in the area donated money from their own pockets to clean this lake.

''We have initiated this here with the help of Manzoor Wagnoo. This was in a very bad state. People had started walking over it, It used to stink and there were animals all over it. Manzoor came here and brought us all together, we all donated money for the cleaning of this lake,'' said Mohd Maqbool, a local.

The government has been helping the locals in this initiative as well and have now started to clean the other portion of the lake called Gilsar.

''In Khushalsar, the initiative was taken by the locals there, it's a lake which is a part of Dal. There were huge piles of garbage dumped over years. We managed to take out 20 trucks of Garbage every day. We, under the support of Srinagar smart city, have supported this project. After the khushalsar, wehave started working on Gilsar lake too. Significant work has been done on both the lake and we are sure to bring them back to its earlier glory. We are reviving old water channels,'' said Athar Amin, Commissioner Srinagar SMC.

He also appreciated the locals for taking such initiatives and helping the government in reviving these water bodies. ''People are taking initiative which is encouraging for us also. if these water bodies are cleaned today and people start dumping garbage again won't serve the purpose, but people are starting to take these initiatives and we are extremely happy about it,'' added Athar Amin, Commissioner Srinagar SMC.