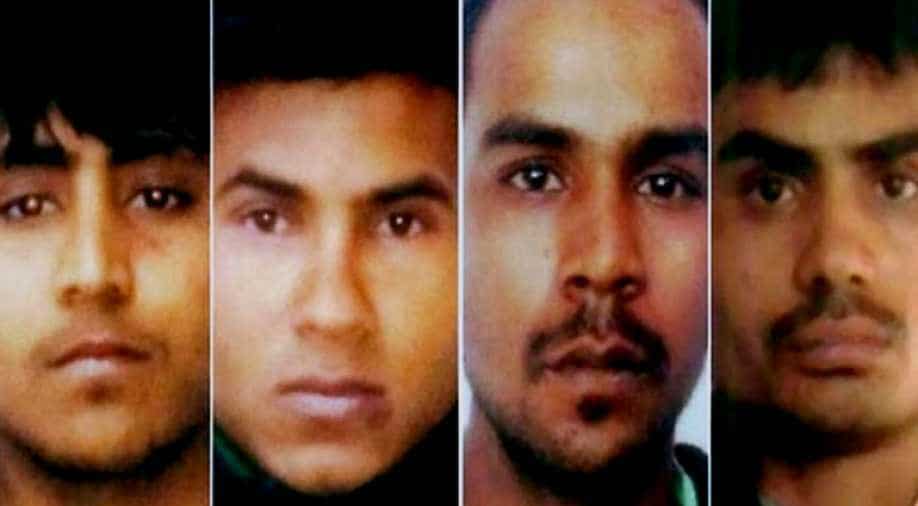 The four convicts were scheduled to be executed on February 1, 2020.

A Delhi court on Friday deferred the execution of Nirbhaya convicts until further orders. The four convicts were scheduled to be executed on February 1, 2020.

Additional Sessions Judge Dharmender Rana passed the order on plea by the convicts seeking a stay on their execution that was supposed to take place tomorrow morning.

Earlier in the day, the Supreme Court dismissed the plea filed by one of the four death row convicts.

The review plea filed earlier in the day was taken up for consideration in-chamber by a bench comprising Justices R Banumathi, Ashok Bhushan and A S Bopanna.

Pawan Gupta, on Friday filed a review petition in the Supreme Court challenging its earlier order which dismissed his juvenile plea. The apex court had on January 20, rejected Gupta's petition challenging a Delhi High Court order, which had dismissed his claim of being a juvenile at the time of the offence.

The top court had observed that there were no grounds to interfere with the High Court order. Earlier, Pawan had claimed that he was a juvenile at the time of the crime and that the Delhi High Court had ignored this fact.

Four convicts - Akshay Thakur, Mukesh Singh, Pawan Gupta, and Vinay Sharma - are facing execution on February 1. The case pertains to the gang-rape of a 23-year-old paramedical student in a moving bus on the chilling night of December 16, 2012, by six people including a juvenile in Delhi. The woman died at a Singapore hospital a few days later.

One of the five adults accused, Ram Singh had allegedly committed suicide in the Tihar Jail during the trial of the case.