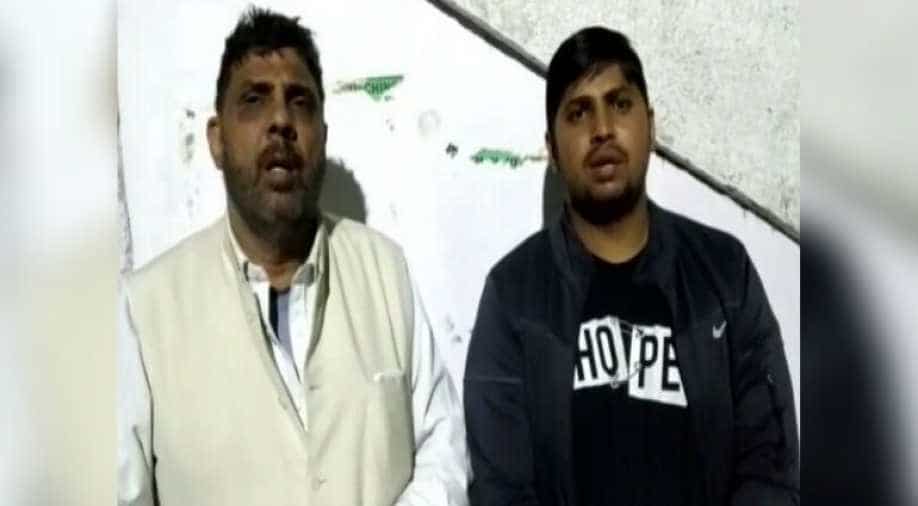 Crime Branch of Delhi Police revealed that Kapil Gujjar was associated with AAP based on photographs recovered from his phone.

Family of Shaheen Bagh shooter Kapil Gujjar has denied links of any of its members being connected with the Aam Aadmi Party (AAP). This came after the Crime Branch of Delhi Police revealed that Kapil Gujjar is associated with AAP based on photographs recovered from his phone in which Gujjar and his father are seen along with prominent leaders of the party.

"AAP has nothing to do with anyone from my family. They came to us during Lok Sabha elections. They made us wear AAP caps. I was in BSP in 2012. Later, I quit politics," Gaje Singh, Kapil's father stated. The photos, recovered from Kapil's phone, show him and his father Gaje Singh with AAP leaders such as Atishi and Sanjay Singh and are allegedly from 2019 on the day when the father-son duo joined AAP.

"AAP came to our village during Lok Sabha elections. They gave us AAP caps as respect. We have nothing to do with AAP and neither are we a member of it. We are being defamed," Kapil's brother said. Commenting on the controversy, Kapil's uncle Ajab Singh also echoed a similar view and said: "No one from our family is a member of AAP. An issue is being made out of this to target Kapil. BJP wants to win the election. He has nothing to do with any party."

CP Crime Branch, Delhi Police, Rajesh Deo said Kapil, at the beginning of the investigation, had disclosed the fact that he had joined AAP in 2019 but added that the influence of any politicians on Kapil would become clear only after further investigations.

Kapil, according to the official, had told the Crime Branch that he had brought the pistol almost seven years ago for celebratory firing during his brother's wedding. Earlier today, Chief Metropolitan Magistrate Gurmohina Kaur sent Kapil, who is a resident of Dallupura village near Delhi-Noida border, to two-day police custody.

Kapil was detained by police on Saturday following the firing incident and an FIR was registered against him. He had, on February 1, opened fire in the air at Shaheen Bagh, where protests against the Citizenship Amendment Act (CAA) are going on for over 50 days.