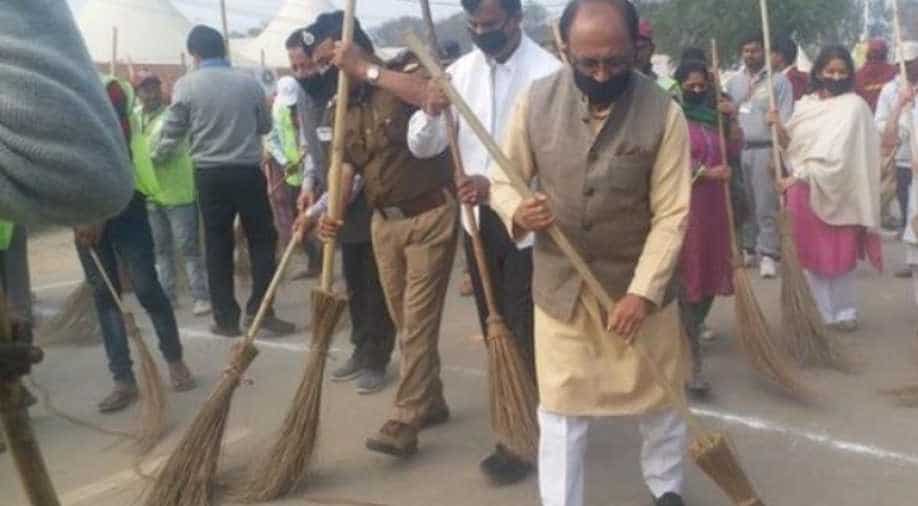 Two earlier records were about ‘handprint painting’ and ‘largest parade of buses.’

Two earlier records were about ‘handprint painting’ and ‘largest parade of buses.’

A large number of people wearing masks and brooms in their hands descended on the streets and cleaning them, a rare sight in the holy city of India, famous for the confluence of Ganga, Yamuna, and Saraswati rivers.

The new record was created in view of the ongoing Swachh Bharat Abhiyan, a nation-wide campaign in India for the period 2014 to 2019 that aims at cleaning streets, roads, and other infrastructures in cities, towns, and rural areas.

Only on Friday, the Prayagraj Mela Authority (PMA) had set a Guinness World Record for “most contribution to a handprint painting on the theme of ‘Jai Gange’ in eight hours.

A part of ‘Paint My City’ initiative, the handprint community activity saw the participation of 7,664 people from all age groups.

The earlier record was held by Seoul in which 4,675 people had taken part.

On February 28, the PMA authorities had set the Guinness World Record for the “largest parade of buses.”

A total of 500 buses with the Kumbh Mela logo were used to make the record. The buses covered a stretch of 3.2 kilometres in the district.