Only a Pakistani national can represent Kulbhushan Jhadav in court, insists Islamabad 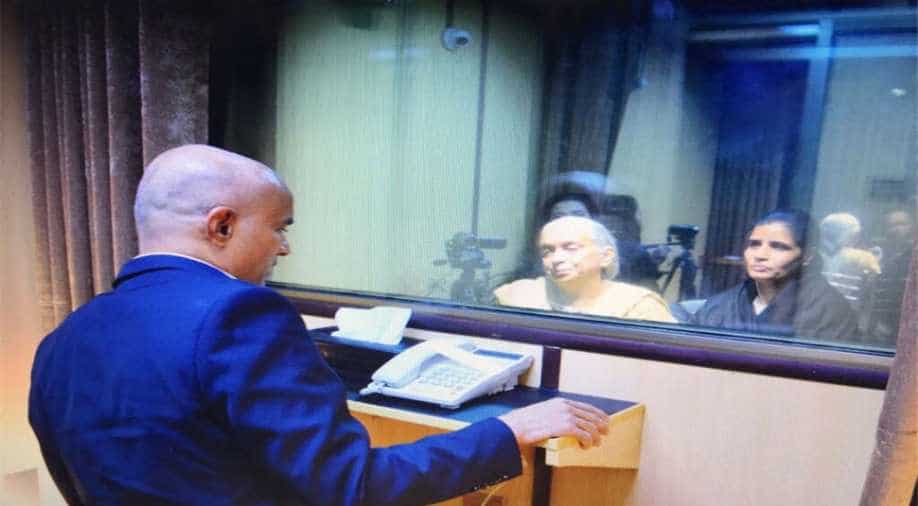 During the consular access given to Indian side on September 2, a power of attorney was signed by Jhadav under which the Indian high commission can represent him for further legal recourse.

Even as Pakistan is in the process of further legal steps on Kulbhushan Jhadav, authorities in Islamabad have told the Indian side that only a Pakistani can represent him in the court.

During the consular access given to Indian side on September 2, a power of attorney was signed by Jhadav under which the Indian high commission can represent him for further legal recourse.

In a tweet last month, the Pakistani army said, "various legal options for review and reconsideration" for Kulbhushan Jhadav are being considered and "final status shall be shared in due course of time".

Speculations for amendment in Pak Army Act to implement ICJ verdict regarding convicted Indian terrorist Cdr Kulbushan Jadhav are incorrect. Various legal options for review and reconsideration of the case are being considered. Final status shall be shared in due course of time.

The Pakistani army also dismissed reports of Pak Army act being amended to so that Jhadav can appeal in a civil court against the military court's order. Incidentally, Pakistan government sources had initially claimed that the process of amendment is being considered.

Last week, Ministry of External Affairs said, "Some communication which is going on India and Pakistan on this issue" and India is in touch with Pakistani side via diplomatic channels with New Delhi requesting for "immediate, effective and unhindered" consular access.

Earlier this year, India got a major diplomatic victory at the international court of justice after the world court asked Pakistan to provide consular access to Kulbhushan Jadhav under Article 36 of the Vienna Convention on Consular Relations.

The Indian diplomat found Jhadav under "extreme pressure to parrot a false narrative to bolster Pakistan’s untenable claims", according to a release issued by MEA.

India maintains that Jadhav was abducted by Pakistani agencies from Iran and New Delhi was first informed about his custody by Pakistani authorities on March 25, 2016, after which in 2017, Islamabad announced that a military court has awarded death sentence to him.