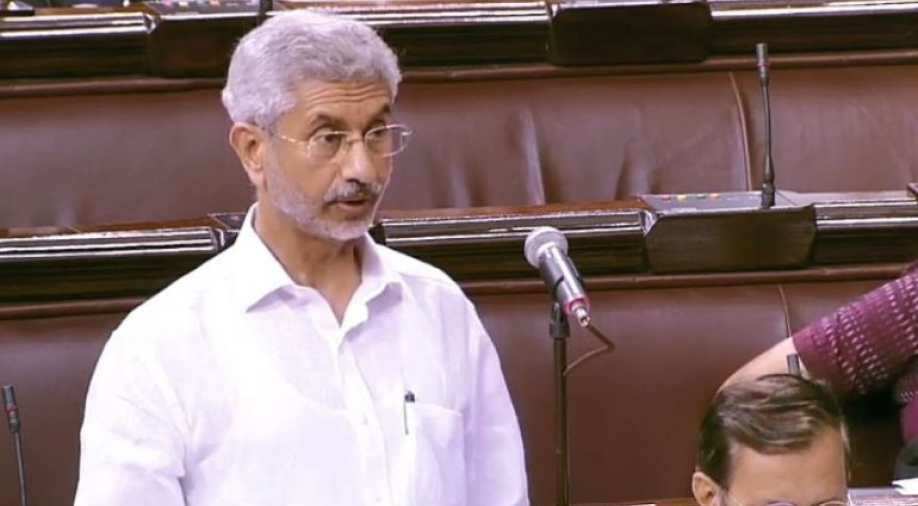 The International Court of Justice (ICJ) by a vote of 15-1 upheld India's claim that Pakistan is in violation of Vienna Convention on several counts, he said.

External Affairs Minister S Jaishankar on Thursday addressed the Rajya Sabha on the International Court of Justice's verdict in the Kulbhushan Jadhav case and appriciated him for his exemplary courage.

"The International Court of Justice (ICJ) by a vote of 15-1 upheld India's claim that Pakistan violates the Vienna Convention on several counts," said Union foreign minister in Rajya Sabha.

"The ICJ has directed that Pakistan is under an obligation to inform Kulbhushan Jadhav without further delay of his rights and to provide Indian consular officers access to him in accordance with Vienna Convention," he added.

Yesterday, In a major win for India, the world court continued its stay on the execution of the Indian national, held in a Pakistani jail on allegations of "espionage", and called for an effective review and reconsideration of the conviction.

India put intense diplomatic pressure on Pakistan through numerous diplomatic notes and demarches and letter by the External Affairs Minister over a sustained period for consular access and release of Mr Jadhav, as per government sources.