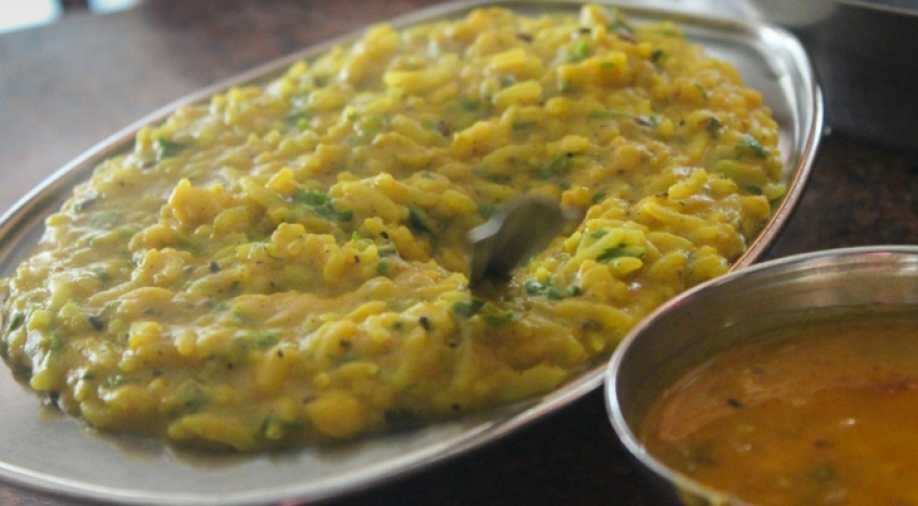 Khichdi, the 'queen of all foods', is a staple meal in most parts of the country. Photograph:( Others )

History has its own flavours; so does language. Etymology tells us that  ‘Khichuri’, our very own comfort food that has now become the national culinary emblem is derived from the Sanskrit word ‘Khecharanna’, which is a union of two words: ‘khechar’ (bird) and ‘Anaa’ (rice), literally, bird feed.

The mapping of the recipe and its transformations continue through ages and was hybridised with the arrival of the British and their growing interest in native cuisine.

However, the earliest reference to this modest food is in the Drona Parva of Mahabharata: King Gaya had arranged a feast in his kingdom as a sequel to a Jagna for appeasing Gods and acquiring the knowledge of the Vedas. That is a myth. Then, there is History. Ibn Batutah, the famous Moroccan traveller, who was received at Muhamad Bin Tughluq’s court in around 13333, mentions ‘Khichri’ in his travelogue.

The mapping of the recipe and its transformations continue through ages and was hybridised with the arrival of the British and their growing interest in native cuisine. Khichri became ‘Kedgeree’, a colonial that was served at breakfast at the colonial mansions since the early Victorian period, if not earlier.

Lizzie Collingham points out in Curry: A biography that the dish was a staple of the Raj breakfast table by 1885. Except, I had been sufficiently anglified to include fish, eggs with lentils and rice doused in curry powder. "The English type", "composed of boiled rice, chopped hard-boiled egg, minced fish, usually fresh, and a lump of fresh butter … tossed together in the frying-pan, flavoured with pepper, salt, and any minced garden herb such as cress, parsley, or marjoram, and served smoking hot." This, from The 1885 edition of Culinary Jottings for Madras, an Anglo-Indian narrative, now a reprint.

While, the Memsahibs continued to colonise both the cuisine, the rebellious native dish continued to hold on to its native roots in various norms: From the runny and the bland sick diet to the rich buttery spicy variety, a poor cusine of the Indian Pulao served on special occasions and festivals through centuries.

The saga continues to rule the erstwhile Empire. I find an adaptation of Kedgeree as per Jamie Oliver, as a concoction of:

400g of any undyed smoked

The erstwhile natives continue to dish out khichuri in both its native a post-colonial avatars, from North to South; East to West.

The erstwhile natives continue to dish out khichuri in both its native a post-colonial avatars, from North to South; East to West: An assemblage of lentils, long grained aromatic rice, bay leaf, cardamom, cumin, turmeric, chili ground and whole, fresh ginger and green chilies, seasonal vegetables and, yes, even meat and eggs for the carnivores!

A mapping of the nation’s variegated colours and flavours, khecharanna, khichuri, kedgeree, “A rose by any other name”  continues to be an integral part the culinary fantasy of the world! 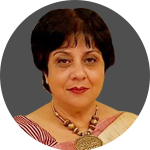 Purna Chowdhury is professor of English at Heritage College, Canada.