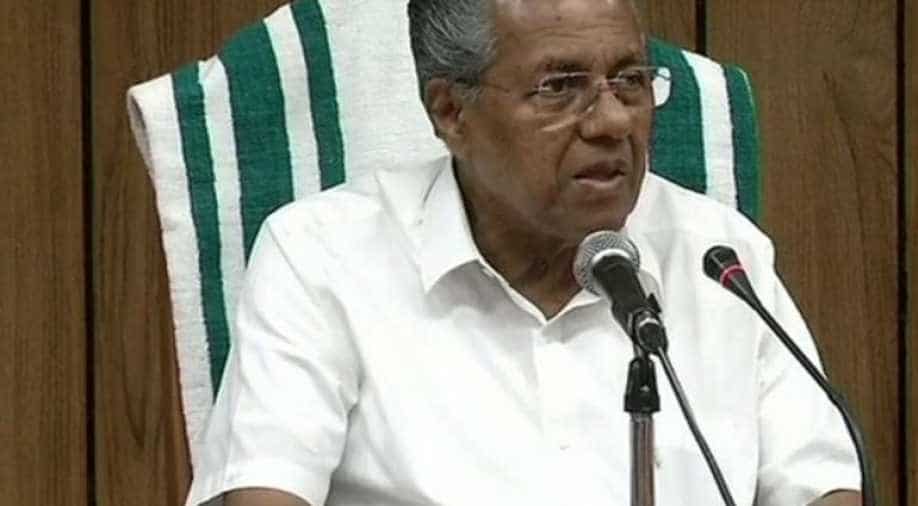 The state reported 1,078 fresh cases out of which 798 contracted the disease through their contacts, marking back- to-back four digit spikes after 1,038 cases on Wednesday, causing concern

The COVID-19 cases continued to soar in Kerala breaching the grim 1,000 mark for the second straight day on Thursday, taking the tally past the 16,000 mark with the state government saying the option of a complete lockdown again to manage the situation cannot be ruled out.

A decision on lockdown would be taken after consultations with all stakeholders, Chief Minister Pinarayi Vijayan said as the state has been logging higher number of cases with a large number among the thousands of people who returned to the state since Unlock-1 phase last month testing positive.

He also announced the formation of "Covid Brigade" consisting of doctors, para-medical staff and volunteers to man the First Line Treatment Centres (FLTC) that would treat asymptomatic and less complicated COVID-19 patients, and said additional manpower would be mobilised for them.

The state reported 1,078 fresh cases out of which 798 contracted the disease through their contacts, marking back- to-back four digit spikes after 1,038 cases on Wednesday, causing concern.

"We need to discuss the matter with everyone in the society. The medical experts have given their opinion. An option of complete lockdown cannot be ruled out yet but a decision has not yet been taken.

"We need to introspect all the aspects related to it and take a decision accordingly," Vijayan told reporters here when asked about the government's plan on lockdown.

The total infection tally has touched 16,110 and the toll has climbed to 50 with five more COVID-19 deaths reported from different districts.

The worst hit Thiruvananthapuram district, with 222 fresh cases on Thursday, has 2,583 patients under treatment, followed by Ernakulam 989, Alappuzha 763 and Kollam 745.

Vijayan "Covid Brigade" would be set up by mobilising additional manpower in addition to the health department staff.

"More people are needed to strengthen Covid defensive operations in view of the rising numbers of cases. We have worked out an integrated action plan. In addition to the staff in the health department, more contract health workers, including those from the National Health Mission, will be appointed," he said.

They would get a higher salary as determined from time to time and there will be a proportional increase. Besides, health insurance cover and incentives would be extended to them.

The brigade should be seen as an army that includes doctors, nurses, other paramedical staff as well as volunteers to combat the virus, he said.

Certificates of appreciation will be given to student volunteers who have been involved in the COVID defence activities, he said adding remuneration for those currently engaged in these activities would be increased.

At present half of the active cases are in Thiruvananthapuram, Malappuram, Alappuzha and Ernakulam districts.

On the upcoming Eid festival, Vijayan said the government had held discussions with the religious leaders, who had agreed to celebrate the day by strictly following COVID-19 health protocols.

"They have agreed to cooperate in accordance with the state COVID-19 health protocol. There will be no public Eid gahs, but it will be held with participation of a maximum of 100 people indoors in mosques which are now open. Those mosques which are closed, will remain closed," he said.

Meanwhile, the state cabinet Thursday decided to recommend the Governor to postponement of the assembly session scheduled for July 27, citing rising number of COVID-19 cases.

Leader of the Opposition in the Assembly Ramesh Chennithala described the move as an attempt to stave off the no-confidence motion planned by the UDF against the Left government over the gold smuggling case.

Chennithala, earlier in the day, alleged the session was deferred due to political reasons and expressed strong resentment and protest against the move.

Vijayan, however, rejected the charge.

"The no-confidence motion was not a reason at all. The COVID cases have been on a rise in the state and especially in the capital city where the Assembly is situated. Most of the members are above 65 years of age. The matter was discussed with the Opposition Leader before the decision was taken," he said.

The one-day session was earlier convened for passing the Kerala Finance Bill, which could not be done earlier as the budget session was adjourned in March in view of COVID-19 situation.

As per the provisions of the Constitution, the Assembly should meet once in six months and in Kerala, the last session concluded on March 13.

The government would have to convene the next session on or before September 12.