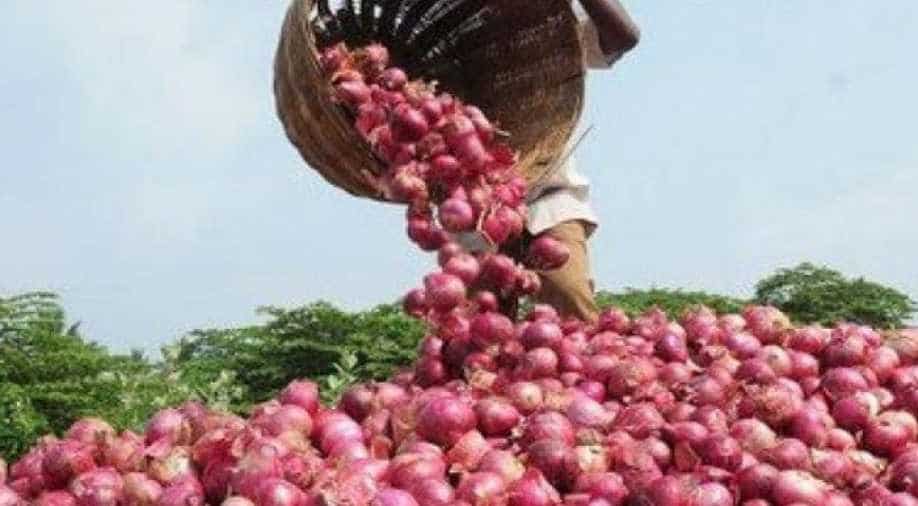 Consumers have been badly hit by the rising price of onions in Thiruvananthapuram which crossed Rs 100 per kilogram.

People are now trying to cut down on the kitchen staple whose price has been going up for the past two months.

"I bought onions today because we cannot avoid using it. It is difficult to buy onions for 100 rupees. We are labourers and something has to be done to reduce the price. For the last two months, the price of onions has been really high. We are trying to minimise its usage. The government is not intervening. It should take action to reduce the price," a customer Seethalekshmi told ANI.

"The price of onions has crossed 100 rupees and shallots cost 55 rupees for 1/4 kilogram. People can't avoid it so they have reduced their consumption to half. Some people used to buy five kilograms a month, and now they buy only two kilograms," Noufal, a trader said.

The price of onions has shot up in many parts of the country. Earlier on November 20, the union cabinet approved the import of 1.2 lakh metric tonnes onion in view of its high prices in the market.

"The cabinet has given its approval to the import of 1.2 lakh metric tonnes of onion," Finance Minister Nirmala Sitharaman told reporters after a meeting of the union cabinet.

The government has also been holding regular meetings on ways to check the rising price of onions.