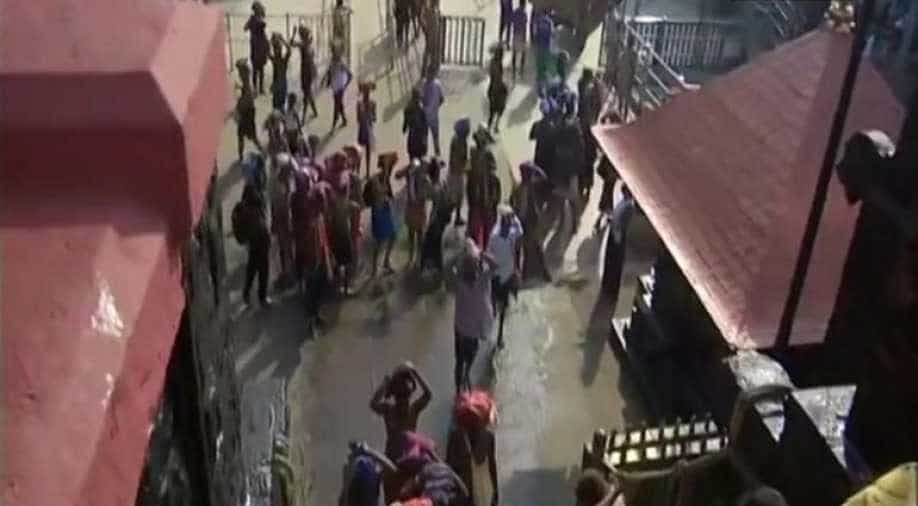 A day after Sabarimala temple was opened for the 41-day-long annual Mandala-Makaravilakku puja, a score of devotees thronged the shrine in a reserve forest of the Western Ghats in Pathanamthitta district on Sunday morning.

A puja was held in the Lord Ayappa temple in Sabarimala, which was opened amid tight security for the annual pooja on Saturday.

On Saturday, at least 10 women, aged between 10 to 50 years, were sent back from Pamba base camp which is nearly 6 km downhill from the temple.

The police did not let the women, all residents of Andhra Pradesh, trek up to the temple.

Notably, the Kerala government has made it clear that it would not provide security to any woman of menstruating age visiting the shrine, as per Devaswom Board Minister K Surendran.

The top court also observed that the right to worship by an individual cannot outweigh the rights of a religious group.

Despite the apex court's ruling, a string of protests took place at the Sabarimala temple and its surrounding areas in the state, when several women attempted to visit the shrine but were stopped by Lord Ayyappa devotees.