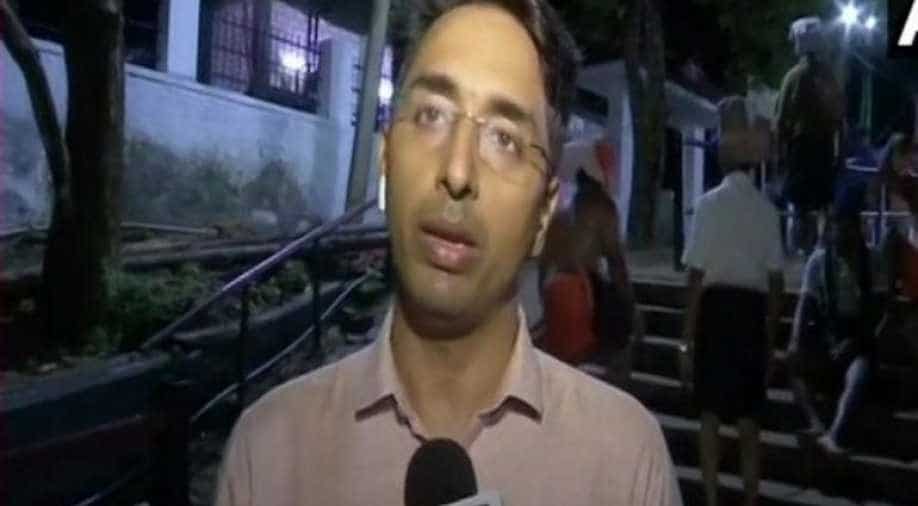 Nooh said that all basic necessities such as toilets, water kiosks, and medical emergency centres are in place for the pilgrims.

A group of ten women who attempted to enter the Sabarimala temple yesterday reportedly decided against it after being acclimatised with the rituals, according to Pathanamthitta District Collector, PB Nooh.

"These women were with a group of pilgrims who were visiting a lot of temples in South India. After reaching here, they came to know that women are not allowed here due to temple rituals. So, they themselves decided to go back," Nooh told ANI.

The ten women were aged between 10-50 and returned from the Pamba base camp which is 6 kilometres downhill from the temple.

Earlier, the Kerala government announced that it would not provide special security to any women visiting the temple.

The Sabarimala temple opened for the annual Mandala Pooja on Saturday, witnessing devotees coming in huge numbers. However, there was a consensus amongst the devotees that menstruating women should not be allowed to enter the premises.

Nooh said that all basic necessities such as toilets, water kiosks, and medical emergency centres are in place for the pilgrims.

"All basic arrangements are in place. We have deployed over 800 medical staff and established 16 medical emergency centres. Around 2,400 toilets and more than 250 water kiosks are ready. We have more than 1,000 sanitation workers deployed to ensure a clean atmosphere," he said.

The shrine was reopened days after a five-judge bench of the Supreme Court received petitions seeking review of its order that allowed the entry of women into the shrine. These petitions were passed on to a larger seven-judge bench by a majority ruling of 3:2.

In September last year, the Supreme Court had lifted the traditional ban on the entry of women in their menstrual age (10-50-years-old).