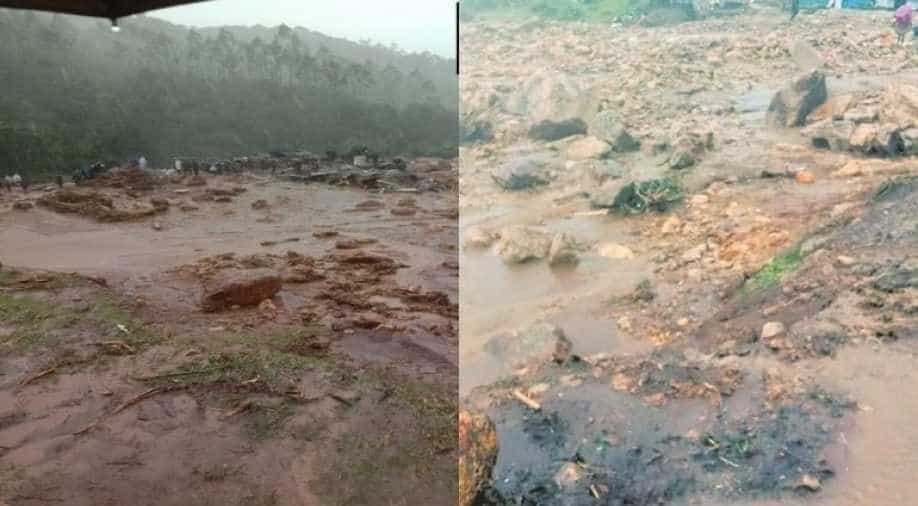 An amount of Rs 5 lakh was announced yesterday as emergency assistance for those who lost their lives.

The death toll in the massive landslide triggered due to torrential rain, that destroyed a row of 20 houses of tea estate workers in the high range Idukki district of Kerala on Saturday climbed to 43, police said Sunday.

The landslide took place on Friday, around 250 kilometres (155 miles) from Kerala state's capital Thiruvananthapuram. The on-going rescue efforts have faced major difficulties due to heavy downpours.

An amount of Rs 5 lakh was announced yesterday as emergency assistance for those who lost their lives.

"The government will bear the medical treatment expenses of those injured in the disaster," Vijayan said.

The Chief Minister said 78 people were staying at the spot where the tragedy occurred.

"Two teams of National Disaster Response Force are involved in the rescue operations in addition to the locals, police, fire force and plantation workers. Swamp formation due to the presence of water in the landslide area is posing a big challenge to the rescue operations," Vijayan said.

The monsoon across South Asia is critical to replenishing rivers and groundwater but also causes widespread death and destruction.

Over 300 people have died in floods and landslides in eastern and northeastern India, Bangladesh and Nepal in recent weeks.