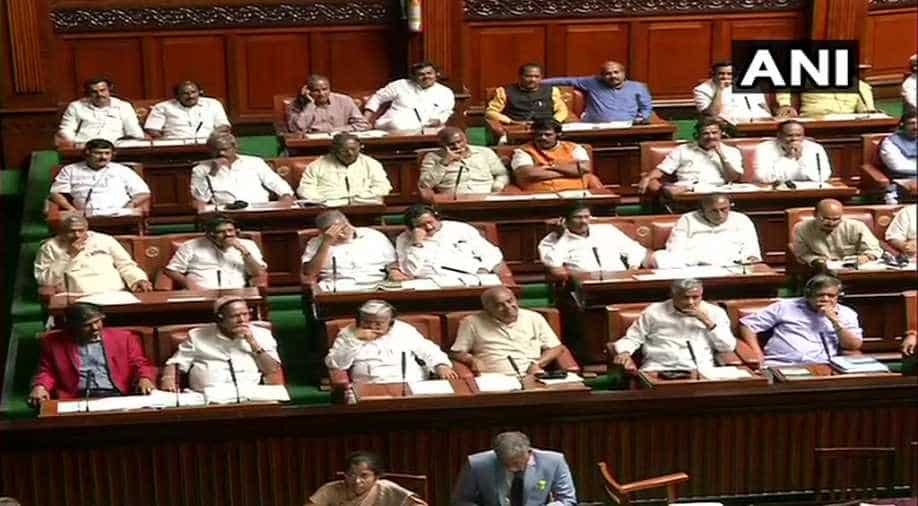 Chief Minister HD Kumaraswamy filed a fresh petition in the Supreme Court questioning the Governor's order when a confidence motion was a progress in the House.

Amidst the din in the Karnataka Assembly, the coalition government in the state managed to extend its life by another day as it presented more arguments before the speaker. Despite two deadlines from the Governor to complete the trust vote by 1.30 pm and then by the end of the day, the session concluded with a noisy adjournment. The session is now set to resume only on Monday at 11 am.

Adding to the debate over the negation of the whip by the Supreme Court order, members questioned the Governor's move to order a floor test when a confidence motion is already in progress. "In the SR Bommai case, the SC said that the Governor can ask for a trust vote and that a week's time can be given. However, today's situation is different. If he asked for the vote then he (Governor) can give a time limit but here the Chief Minister has moved a confidence motion and the House is discussing it. The discussion is the property of the House and the Speaker is overseeing this. When this is happening, I ask you if such a recommendation can be accepted by infringing on our rights" questioned Krishna Byre Gowda, Congress leader.

Meanwhile, Karnataka Congress President Dinesh Gundu Rao also moved the Supreme Court seeking clarity on its order delivered on Wednesday. In the petition, Rao states that the order nullifies the party whip as it has allowed the rebel MLAs to decide if they want to attend the session or not. This, as Rao stated, violates the party's rights under the Tenth Schedule.

While the coalition employed all tactics to delay the trust vote, the BJP insisted on the vote to conclude on Friday. "I appeal to you (Speaker). The Governor has asked CM to prove majority today. We are ready to stay till midnight. We will co-operate. I appeal to the CM also to respect the Governor's order" said BS Yeddyurappa, BJP State President right before the Assembly was adjourned.

As the coalition buys more time in a bid to reinstate the power of the whip that can help initiate disqualification proceedings against the missing MLAs, the Speaker is consulting the Advocate General on the next step of action. But by no means will this be a silent weekend in BJP'S south bastion. All eyes will be on the Raj Bhavan keenly watching the Governor's next move. Will the Governor wait till Monday or will he start setting the stage to propose President's rule for Karnataka?