K2-18 b planet is best candidate for life beyond Earth: Astronomer Tsiaras to WION 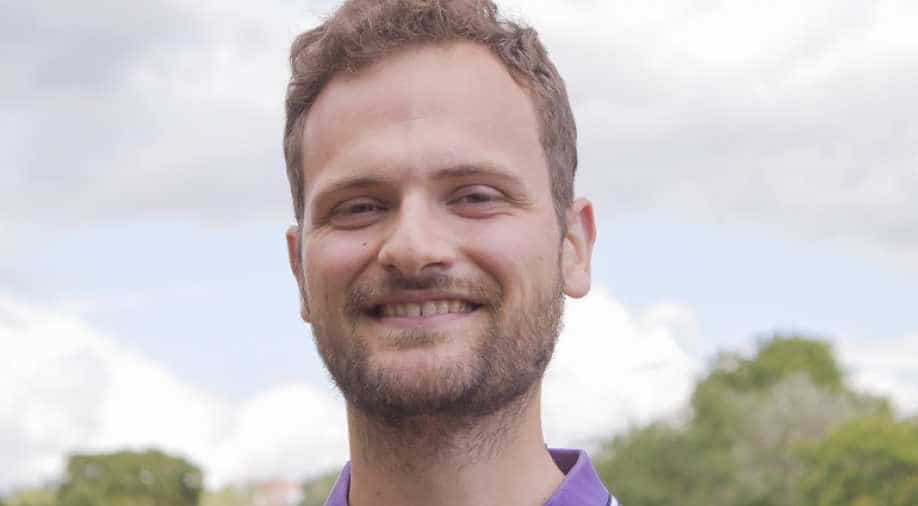 In an interview to WION, lead author of a study at University College London (UCL), Angelos Tsiaras, said the K2-18 b planet is the best candidate to be a habitable place out there and added that life can evolve in different ways

Scientists for the first time have detected water in the atmosphere of an Earth-like planet orbiting a distant star, evidence that a key ingredient for life exists beyond our solar system. The newest exciting find involves K2-18 b, a planet about 110 light-years from Earth.

In an interview to WION, lead author of a study at University College London (UCL), Angelos Tsiaras, said the K2-18 b planet is the best candidate to be a habitable place out there and added that life can evolve in different ways.

"Like here on earth, we have the extremophiles, these are kind of life that exist in extreme environments something like volcanoes or very deep in the oceans where humans would not be able to live. Hence it could be possible that other forms of life in the universe evolve in a way that they don't need water, who knows that hence we need to find out!", said Tsiaras.

When asked about the next steps and other factors, besides water that confirm the existence of life, Tsiaras said, "The next step will be the James webspace telescope which will be able to give us a much better spectrum of the planet and also help in finding methane which is a sign of life."

Here is the full excerpt of the conversation-

WION: Why is this discovery of water on the exo-planet significant? Does this mean that life exists in other places in the universe?

Tsiaras: No, we cannot answer this question with the current observation. We can say that this planet from what we know right now is the best candidate to be a habitable place out there in the universe. But to find the science of life or a really habitable planet, we will need much better observations. This will come in the next decades. So, unless we have this big telescopes we cannot say more than the existence of water and the existence of an atmosphere around this planet which has very pleasant temperatures similar to the earth.

WION-What more do we know about this exo-planet? Is it a gas giant or does it have a surface to speak of?

Tsiaras: So, we know that the planet has the density that is similar to Mars or the Moon. This means probably that it has a surface. It is definitely not a gas giant. We know that based on the mass and the radius. But given that we cannot really observe the surface and we cannot say much about the surface itself. I can only think of that.

WION- The exo-planet is said to be in the habitable zone but the dwarf star around which it is orbiting is said to be more active. How does this complicate things for the emergence of life?

Tsiaras: These stars are more active than our sun. But until now there have been many studies that are trying to understand whether this is hostile or not. So for example, this star is not that active as per example some has a temperature around 3,5000 kelvin, so it has an activity and it has some more harmful radiation. But we have not detected any flares so very hostile events. In addition, if you think of an atmosphere that it is bigger than ours, so this is probably working as a better against this radiation.

WION-So what is the next step? What else besides water confirms the existence of life?

Tsiaras: The next step will be the James webspace telescope which is three times bigger than Hubble and will be flying in 2021 very soon. It will be able to give us a much better spectrum of the planet and it is a very interesting one. So I believe that we will try to find methane as a next step. As we know that on earth methane is a sign of life. It is produced because life is here. we don't know if life outside universe is working in the same way. Life in a different place could evolve differently and produce different kind of gases. What we are actually looking at is gases that shouldn't be there. Assuming that we put together a mix of certain elements we expect certain molecules to exist in an atmosphere. If we find something that it is not right and it shouldn't be there it is a sign that it could because, of life, this is what we call as biomarkers.
Our estimate is not very good. We don't know how much water is there. So the estimate is between 0.01 per cent up to 50 per cent. It's a huge race. We don't know. It could be made out of water. For example here on Earth, mostly the atmosphere is made of Nitrogen. Imagine an atmosphere which is mainly made of water, that would be a completely different atmosphere. We will be able to bring down this estimate with smaller and certainty with future telescopes.

Tsiaras: So the water in the icy moon is an ocean and it is liquid water. Here we are talking about gaseous water. We don't know if there is indeed liquid water. We know that the planet can support liquid water so presumably, we can say but not sure. In the moon, the water is beneath the surface, it's something different. The moon is covered with ice crusts and water lives beneath that.