Justice is delivered: Father of Hyderabad gangrape victim on encounter of four accused 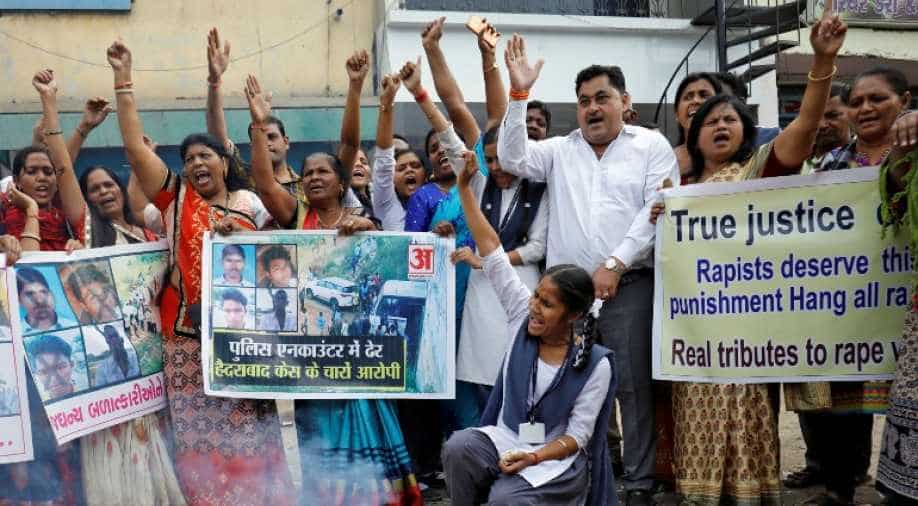 He also said that that the killings of the accused cannot be described as an encounter as the cops fired on them keeping in retaliation.

The father of a 25-year-old veterinarian, who was brutally gangraped and murdered, said on Friday that justice has been delivered after the state police gunned down four accused near Hyderabad.

"Whatever they (police) are saying is correct. Justice has been delivered. My daughter will not come back but this will create fear in the minds of others and they will deter from committing such crimes, the father of the victim said.

Father of #Telangana veterinarian who was raped and murdered: Justice has been delivered. My daughter will not come back now, but my message for the people is that entire country should stand with families that go through the same. pic.twitter.com/miPmbAsM3L

He also said that that the killings of the accused cannot be described as an encounter as the cops fired on them keeping in retaliation.

He further said that they got justice as the nation stood with them.

"If something happens to anyone, the country should stand with them in their support. This is the reason why I got justice, the father said.

The victim's sister also expressed her satisfaction with the police action. “We are happy. We did not expect this (killing of the accused). We thought they would be hanged through courts,” the sister said.

The encounter received mixed reactions from leaders, members of the women rights groups and human rights organisations, with some justifying police action, while others claiming extra-judicial killings are not acceptable.

Senior Congress leader Shashi Tharoor said that the encounter should not be "condemned" until details emerge, but said that "extrajudicial killings are not acceptable in a society of laws".

National Commission for Women (NCW) chief Rekha Sharma said that it is good that the perpetrators are dead, but said that the justice should have been done through legal channels.

Earlier, the body of the veterinarian, who was brutally gangraped and burned to death, was found on November 28 on the outskirts of Shadnagar in Telangana's Ranga Reddy district. The gruesome incident caused outrage which triggered massive protests in the country.