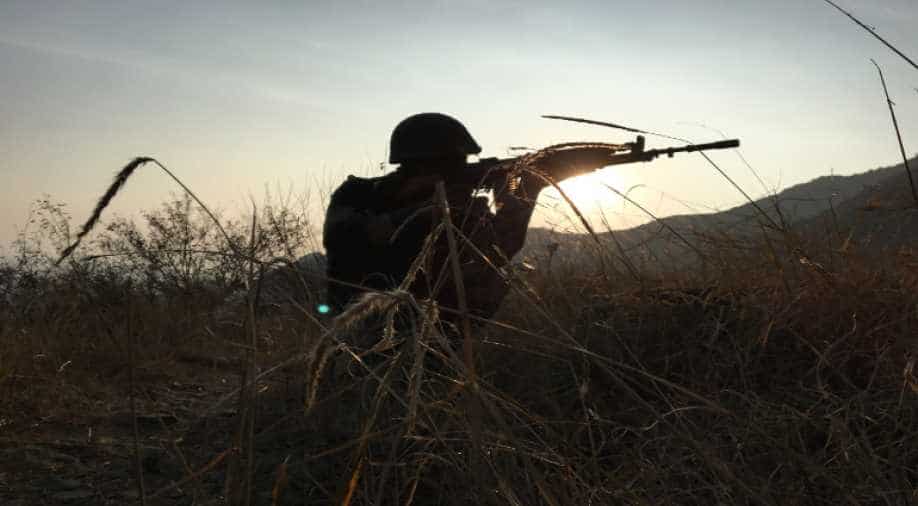 An Army porter lost his life in a similar attack in Jammu's Akhnoor sector on Friday.

An Army soldier was killed Saturday in sniper fire by Pakistani troops along the Line of Control (LoC) in Rajouri district of Jammu and Kashmir, a defence spokesman said.

The spokesman identified the soldier as rifleman Varun Kattal (21), a resident of Mawa-Rajpura area of Samba district of Jammu and Kashmir. He is survived by his parents, father Anchal Singh and mother Pinki Rani.

This was the second sniper attack along the LoC in two days. An Army porter lost his life in a similar attack in Akhnoor sector of Jammu Friday.

"At about 0945 hours, unprovoked ceasefire violation was initiated by Pakistan in Sunderbani sector in which one Army soldier was shot by a sniper from across the border and later succumbed to injuries at 11.10 AM," the spokesman said.

"Rifleman Kattal was a brave and sincere soldier. The nation will always remain indebted to him for the supreme sacrifice and devotion to duty," the spokesman said adding his martyrdom will not go in vain.

He said the Indian Army retaliated strongly and effectively on Pakistan army posts.

On October 21, three soldiers of Jammu and Kashmir light infantry regiment and two heavily-armed infiltrators, believed to be members of the Border Action Team (BAT) of the Pakistan army, and terrorists, were killed in Sunderbani sector.

On November 6, a soldier was injured when he was hit by a sniper from across the border at Kalal in Noushera sector of Rajouri, while a BSF jawan was injured in a separate incident of firing by Pakistan along the LoC in the Manjakote area of the Rajouri-Poonch sector Friday.

The number of ceasefire violations this year by Pakistan has been the highest in the past eight years.

The first seven months of this year saw 52 deaths and 232 people getting injured in 1,435 ceasefire violations in the state, according to an RTI reply by the Home Ministry.