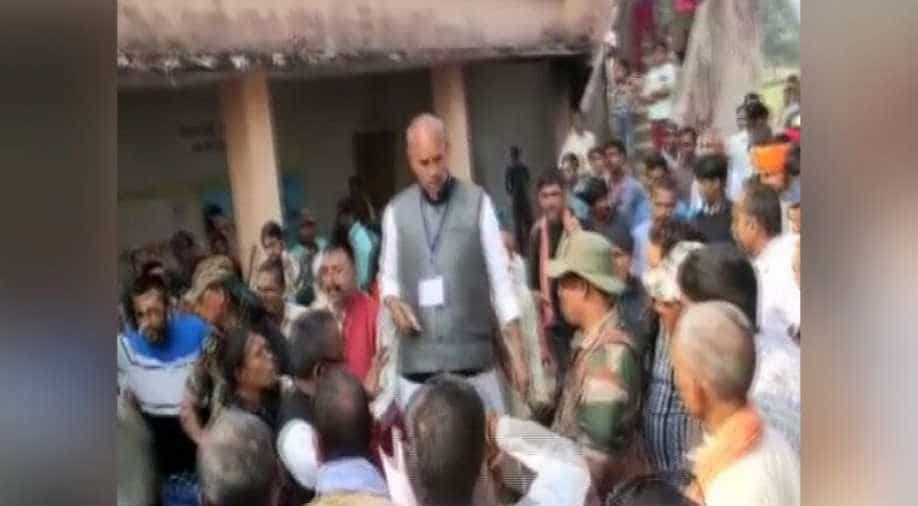 According to information, it all started when supporters of BJP candidate Alok Chaurasia allegedly stopped Tripathi from going to a polling booth in the area.

In a brazen show of might, a Congress candidate KN Tripathi has brandished a pistol after a scuffle broke out between BJP and Congress supporters in Palamu area on Saturday during the first phase of polling for the assembly elections in the state.

According to information, it all started when supporters of BJP candidate Alok Chaurasia allegedly stopped Tripathi from going to a polling booth in the area.

Some supporters also allegedly resorted to stone-pelting after which Tripathi took out the firearm and waved it purportedly in his bid to deter opponents and create fear. He can be seen accompanied by his security guards in the video.

After which few persons raised slogans to shoo him away from the spot.

In the first phase of polling in the state today, 13 constituencies spread over six districts Chatra, Palamu, Gumla, Garhwa, Latehar and Lohardagga are voting to elect their representatives.

The majority of the constituencies where polling is being held are in Naxal infested areas.

Over 37 lakh electorate, who are eligible to exercise their franchise, will decide the electoral fortune of 189 candidates, including 15 women candidates in the first phase of Assembly elections.

Security has been beefed up in these constituencies and adequate arrangements have been made at all polling booths.