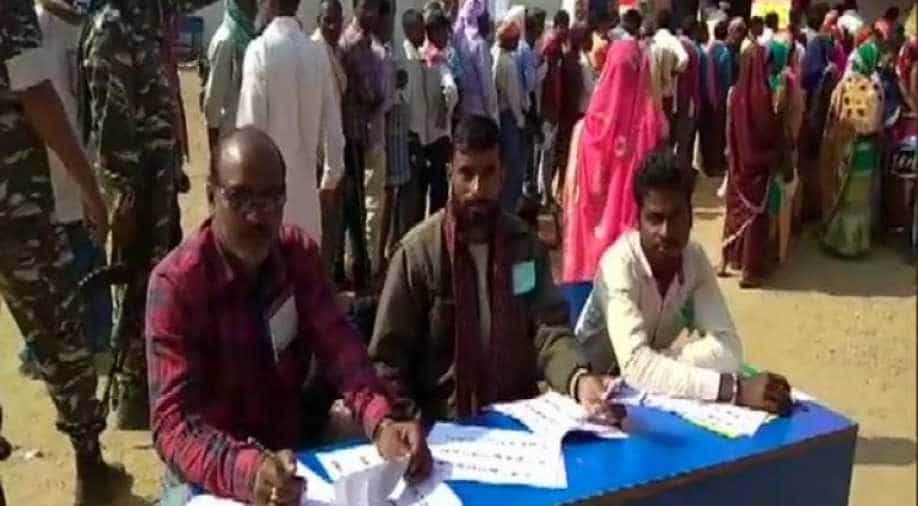 The first phase of Jharkhand Assembly elections is underway

The voter turnout in thirteen Assembly constituencies in Jharkhand stood at 46.83 per cent till 1 pm on Saturday, according to the Election Commission of India.

The first phase of Jharkhand Assembly elections is underway. The elections will be held in five phases and the results will be declared on December 23.

People in thirteen constituencies spread over six districts, Chatra, Palamu, Gumla, Garhwa, Latehar, and Lohardagga, will elect their representatives.
The majority of the constituencies where polling is being held are in Naxal affected areas.

Over 37 lakh electorate, who are eligible to exercise their franchise, will decide the electoral fortune of 189 candidates, including 15 women candidates in the first phase of Assembly elections.

Security has been beefed up in these constituencies and adequate arrangements have been made at all polling booths.