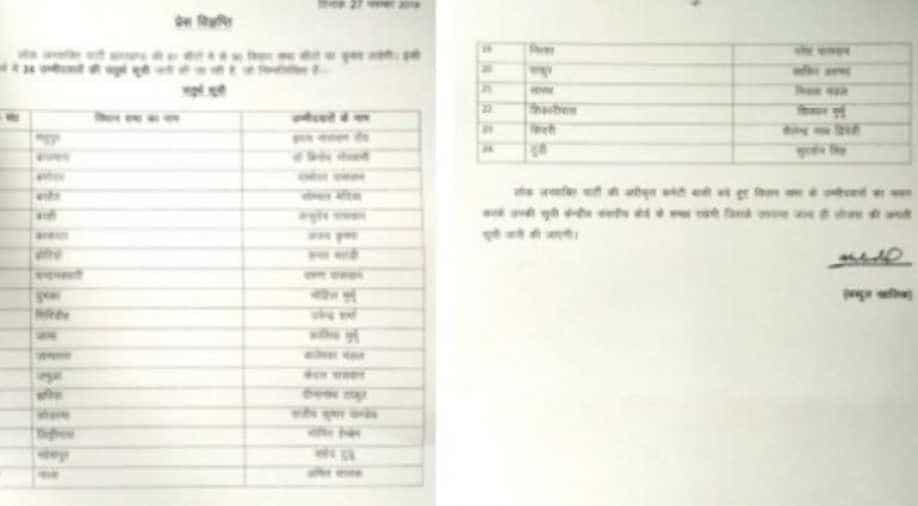 The Lok Janshakti Party (LJP) on Wednesday released the third list of 24 candidates for the upcoming assembly elections in Jharkhand.

According to the statement released by party secretary-general Abdul Khaliq, candidates Varun Paswan will be contesting from Chandankiyari constituency, Damodar Paswan from Bagodar, Baleshwar Mandal from Jamtara, Kedar Paswan from Jamuna, Deenananth Thakur from Jharia and Niwas Mandal from Sarath.

LJP had released its second list of five candidates on November 13.

Lok Janshakti Party National President Chirag Paswan had on November 12 announced that his party will contest the upcoming elections in the state on 50 seats.

The 81-member Jharkhand assembly will go to polls in five phases between November 30 and December 20 and the votes will be counted on December 23.