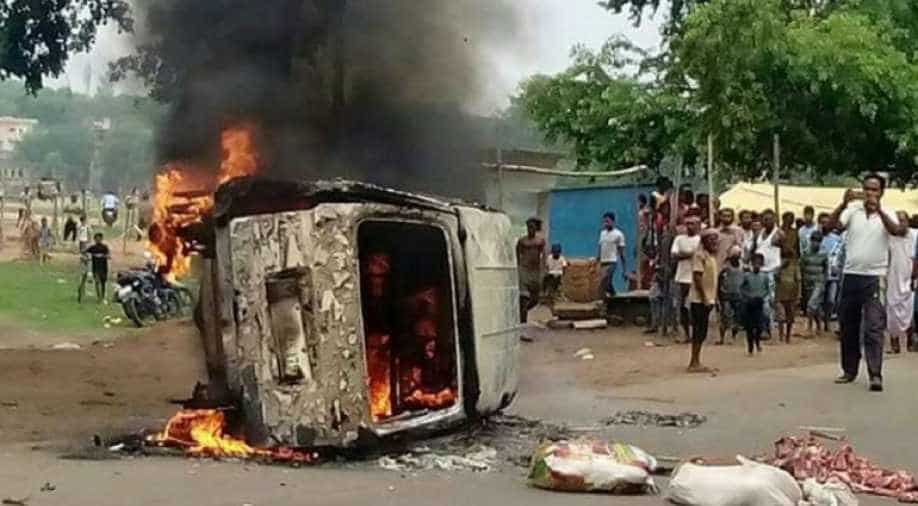 The man was beaten to death in the Bazaar Tand area of Ramgarh district. His van was set on fire too. Photograph:( Twitter )

A trial court in Jharkhand on Friday convicted 11 people accused in a cow vigilantism-related murder case.

Reports say that the sentencing will be held on March 20. All of the 11 accused – including a local BJP leader – were convicted under IPC Section 302 (murder). In addition, three of them were convicted under Section 120B (conspiracy) – suggesting that the court was convinced that the attack was pre-planned.

As per reports the accused will be appealing the conviction. This is the first ever incident where a conviction case has been filed against violence in the name of cow protection anywhere in India.

Last year, a mob of more than 100 people in Jharkhand’s Ramgarh district lynched a 45-year-old Muslim trader on the suspicion of carrying beef in his car.

The man was beaten to death in the Bazaar Tand area of Ramgarh district. His van was set on fire too.

The incident happened on a day Prime Minister Narendra Modi warned against mob attacks on cattle traders, beef-eaters and dairy farmers, saying killing people in the name of protecting cows is unacceptable.

Meanwhile, last week, police seized over 30 kgs of meat, suspected to be beef, while it was being transported by an auto rickshaw to a hotel in Chandwa, Latehar district.

The police also arrested the driver and also booked the hotel owner and sealed the hotel.