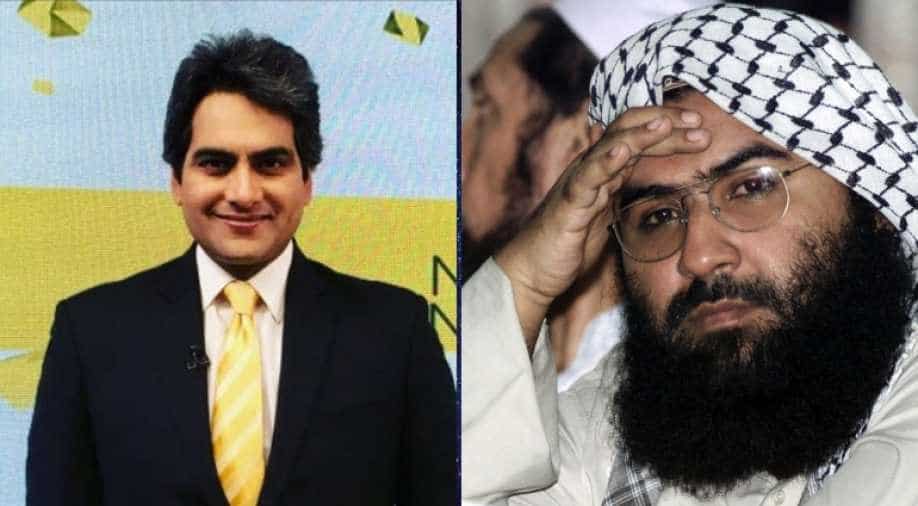 Zee News editor-in-chief Sudhir Chaudhary in his programme on March 6 had said that "when India gets angry, Pakistan is blown to smithereens."

In the editorial piece, Al Qalam said, "India's famous channel Zee-DNA's anchor Sudhir Chaudhary said that India was behind the breakdown of Bangladesh. The Indian government should intensify its action in Pakistan so that Pakistan should get fragmented. Not only this, but in the prime time program, it has been emphasising that Pakistan should be attacked and war is the only way."

Masood Azhar-led JeM, which has openly spread its anti-India hate campaign through its media outlet accused the Indian media of being a "black spot" in the name of journalism. Clearly, the fact that post-Pulwama, the Indian media openly castigated the terror outfit hasn't gone down well with Masood Azhar.

In fact, Zee News Editor-in-Chief Sudhir Chaudhary in his programme on March 6 had said that "when India gets angry, Pakistan is blown to smithereens."

"This happened in 1971 when Pakistan was divided into two, but now they are beginning to forget the biggest loss in their history. Pakistan is under immense pressure, and one of its regions - Balochistan - is fighting to be free from its rule. The people of Balochistan are fed up of the torture meted out by Pakistan army and want independence," Sudhir Chaudhary said in his programme.

The JeM mouthpiece was caught off-guard as the programme aired on Zee exposed the real feeling prevailing inside Pakistan.

"Balochistan constitutes 44 per cent of Pakistan's total land area. If the region gets independence, Pakistan will lose its identity as a country. If Pakistan doesn't give up their Kashmir dream and focus on fulfilling the wishes on Balochistan, it will lose out 44 per cent of its territory," Zee Network's anchor and editor-in-chief said.

"Balochistan is now a conflict zone where no reporting is allowed because it is controlled by the Pakistani Army. It is a tough job to present the truth of Balochistan to the world. It is heavily guarded by Pakistani military, so the true picture of the torture is never revealed," Sudhir Chaudhary said.

"The only way to understand the real situation is through some videos posted on social media by the residents. People making these videos have to travel hundreds of kilometres to areas where internet is available. They then upload the video for the world to see," the programme revealed.