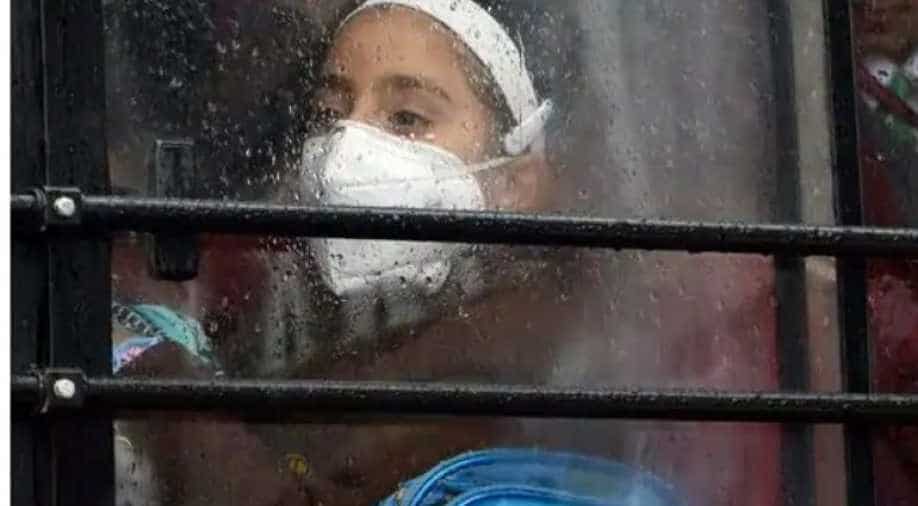 Schools have been shut since Mid-March Photograph:( ANI )

Several states have declared summer vacations for schools and colleges to help contain the spread of coronavirus.

As the lockdown 3.0 started, several restrictions were eased. However, schools and colleges are still operating through online classes. Now, people are hoping for the lockdown to end after it was extended for the second time.

However, several states have decided to keep the schools shut to keep the students safe from getting infected by the virus, and to contain the spread of coronavirus.

Assam's State Minister Himanta Biswa Sarma ordered all state-run schools and colleges to commence summer vacations for the whole month of May.

Assam govt has decided to declare summer vacation for schools and colleges from May 1 to May 31: State Minister Himanta Biswa Sarma pic.twitter.com/rvw6YtXw8P

Punjab, too, on Thursday has declared summer vacations for a month, starting from May 15.

The Punjab Government has decided to declare summer vacation in Government Colleges and Universities of the state from May 15 to June 15.

Delhi's Education Ministry, too, declared summer vacations from May 11 to June 30 for all schools and colleges. The statement, issued by the education department on Wednesday, directed the schools and colleges to not call the students to the campuses for any kind of work.

Schools and colleges all over the nation have been shut since mid-March. Majority of the institutes have started conducting online classes.

The HRD Minister Ramesh Pokhriyal Nishank has announced that no exams for class 10 will be conducted nationwide, except for students of Northeast Delhi. The datesheet for class 12's remaining exams is also expected to be announced soon.

The state government has granted permission for resuming the examinations, on the condition that all precautions for social distancing are followed.

Students seeking Prime Minister's Research Fellowship can also take a sigh of relief as the required GATE score has been decreased, as announced on Thursday.

The required GATE score has been reduced to 650 from 750 apart from minimum CGPA of 8 or equivalent, for the students from any recognized institute/university (other than IISc/ IITs/NITs/IISERs/IIEST/CF IIITs): Union Human Resource Development Minister Ramesh Pokhriyal https://t.co/c4zfx00fpP

Union Human Resource Development Minister, Ramesh Pokhriyal, has also announced on Thursday that the JEE Advanced examination will be conducted on August 23.