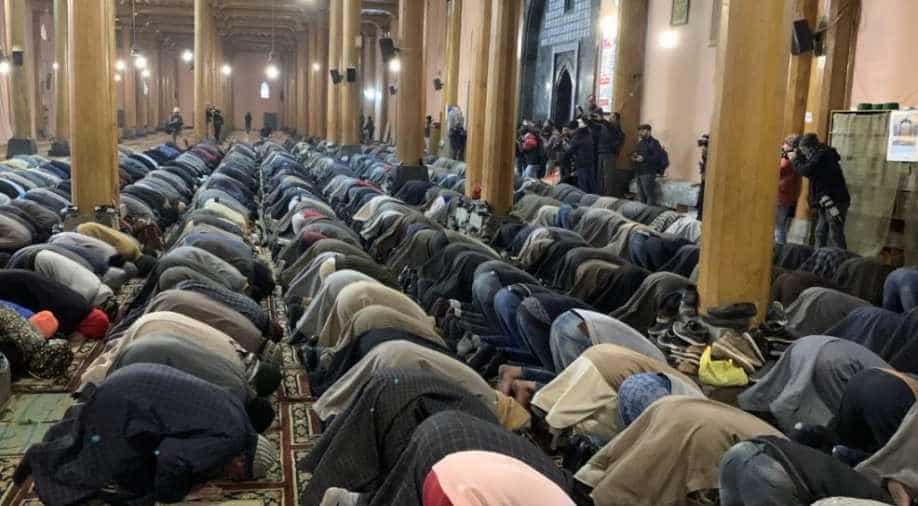 This was the first congregational prayer held at the grand mosque after authorities imposed restrictions in Jammu and Kashmir on August 5 this year.

The first Friday congregational prayers were held peacefully at Jamia Masjid at Jammu and Kashmir's Srinagar after the mosque was shut following the abrogation of Article 370 and Article 35A.

This was the first congregational prayer held at the grand mosque after authorities imposed restrictions in Jammu and Kashmir on August 5 this year. Emotional scenes were witnessed as people entered the mosque.

The security forces were deployed in strength to deal with any law and order problem. There were sloganeering at the end of the prayer but the prayer ended peacefully.

“We had deployed security forces in strength and drones were used to keep an eye on the area so that no untoward incident takes place," said a police officer present at the spot.

Jamia Masjid has been the epicentre of protests in Srinagar and usually after the Friday prayers, protestors - mostly the youth - take to the streets and engage forces in a pitched battle.

The prayers are usually led by Mirwaiz Umar Farooq, a separatist leader and the head priest of the grand mosque but he is under house detention after he was released, his party claims.

As the restrictions were eased with the improvement in the situation, the committee looking after the grand mosque had said that they would clean the mosque. On Wednesday, first prayers were held at the mosque.