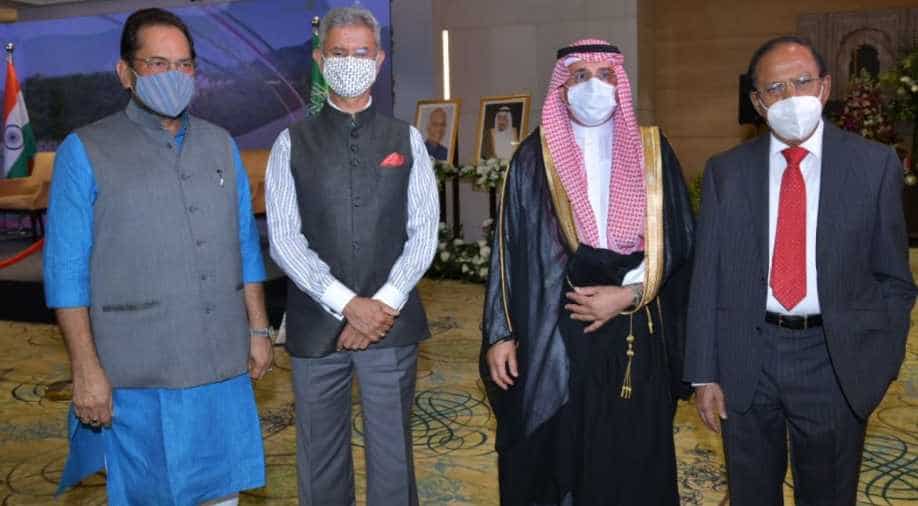 Saudi Arabia is India’s fourth-largest trade partner and a major source of energy as India imports around 18% of its crude oil requirement from the Kingdom.

In a rare development, both India's external affairs minister Dr S Jaishankar and National Security Advisor Ajit Doval were present at the Saudi National Day celebrations in Delhi. The development shows the growing closeness between India and Saudi Arabia.

The last time India's EAM was present at National Day celebration of any country was in 2018 when the then external affairs minister late Sushma Swaraj was the chief guest at Russian National Day at the Russian embassy in Delhi.

Speaking at the 90th National day celebrations, Saudi Arabia's envoy to India Saud M Al Sati called India a "close friend and an important strategic partner", one with whom the country has "cultural, socioeconomic engagement and strategic partnership" based on "mutual respect and shared interests.".

The country is India’s fourth-largest trade partner and a major source of energy as India imports around 18 per cent of its crude oil requirement from the Kingdom.

He added,"Our investment in India is growing and our engagement is expanding" and "there is a huge untapped potential available in merchandise trade, particularly in non-oil trade and we are enhancing cooperation in commercial, investment, cultural and technological fields."

Trade between the 2 countries has increased significantly and current bilateral trade stands at $34 billion. The country hosts 2.6 million-strong Indian community, with 200,000 Indians visiting it in 2019 for the Hajj pilgrimage.

Sati also highlighted the "bonds" both countries share which are "diverse and deeply rooted and will continue its importance as we pursue our mutual quest for prosperous future for all."

Ties between the two countries have been growing and 2019 saw the visit of Saudi Crown Prince Mohammed bin Salman to India, followed by the visit of Indian PM Modi to the country in October. Saudi Arabia is the host of G20 grouping and later this year will host the summit.