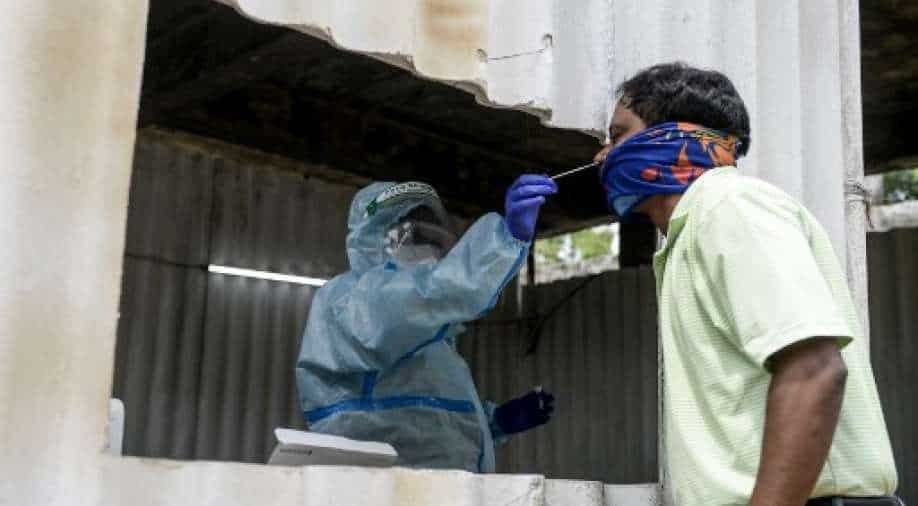 A health worker wearing collects a swab sample from a resident for coronavirus test in Secunderabad Photograph:( AFP )

India has become the second country in the world to pass the grim milestone of 20 million infections after the United States.

It took more than 10 months for India to add the first 10 million cases and just four months to add the second 10 million - more than double the pace of infection, which is fast spreading.

In the last 24 hours, India has added another 350,000 cases, slightly less than Monday. However, it is hardly a figure that gives any relief.

India's active cases now represent 17 per cent of the total caseload with more than three million people currently positive and over 16 million patients who have recovered.

The death toll is still mounting, with close to 3,500 deaths in the last 24 hours. But the bad news doesn't end there. There are reports of a new mutation called the "N440K variant" or the AP variant, a reference to the Indian state of Andhra Pradesh where it was first detected.

Everything about the AP variant is alarming as reports say the variant has already moved beyond Andhra Pradesh. It has been found in 20 to 30 per cent of the samples in Karnataka, Maharashtra, Tamil Nadu and Telangana.

The strain is said to be at least 15 times more virulent than the earlier ones, which means it spreads even faster. It has a shorter incubation period and the infection spreads much more rapidly within the human body.

More studies are needed to confirm these findings but, it is a worrying development, not just for India, but for the rest of the world because there's no telling which form and shape the virus takes next and vaccines are the only way to control it - not borders and flight bans.