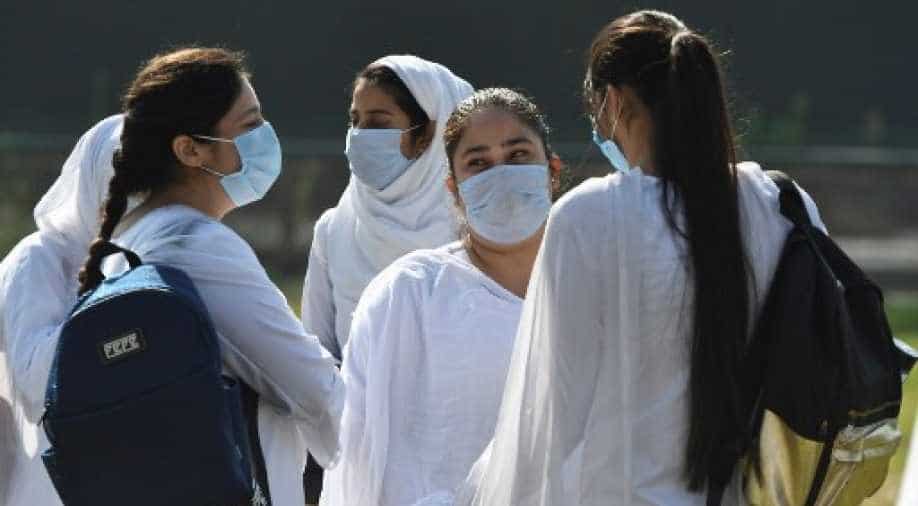 Heealth Minister Harsh Vardhan also said that ICMR is actively researching on reports of COVID-19 reinfection and although the number of such cases is negligible at this moment.

He also stressed that masks be worn even in places of worship.

During an interaction with his social media followers, the minister said the Indian Council of Medical Research (ICMR) is actively researching on reports of COVID-19 reinfection and although the number of such cases is negligible at this moment, the government is fully seized of the importance of the matter, the health ministry said in a statement.

He cautioned that the sero-survey report should not create a sense of complacency among the people.

"Even the soon to be released second sero-survey indications are that we are far from having achieved any kind of herd immunity which necessitates that all of us should continue following COVID appropriate behaviour," Vardhan said in response to the queries posed by his social media followers on 'Sunday Samvad' platform.

The health minister also dispelled fears regarding the phased opening of schools, and advised on proper protocol to be followed while visiting salons and hair spas, the ministry said.

He asked everyone to always raise awareness regarding COVID appropriate behavior which he himself does by stopping his car and asking non-compliant people to wear their masks, the statement said.

He re-emphasized on the need for wearing masks even in places of worship.

"The pandemic can only be fought when the government and society work in tandem," he was quoted as saying in the statement.

On the wide usage of investigational therapies such as plasma therapy and Remdesivir drug for combating COVID-19, Vardhan said the government has issued regular advisories regarding their rational usage and private hospitals have also been advised against routine use of these therapies.

The doctors in the states and UTs are being made aware of this through webinars and tele-consultation session of AIIMS, New Delhi, the statement stated.

On emerging evidence that COVID-19 infection not only impacts our lungs, but other organ systems too, especially cardiovascular and renal functions, the minister said the Ministry of Health has already set up committees of experts to look into these facets of the disease.

"ICMR is also actively investigating and researching reports of reinfection and although the number of reinfection cases is negligible at this moment, the government is fully seized of the importance of the matter," he said.

Vardhan stated that states/UTs have also been advised to lower the prices of COVID-19 tests.

In the early days of the pandemic, as the kits were imported, the price tended to be high.

But now, supplies of testing kits have stabilised and domestic production of these kits has commenced, the statement said.

He said his ministry has written to the states and Union territories to engage private laboratories at mutually agreeable lower rates.

He said he has spoken personally to several state health ministers regarding reduction in prices of testing in their respective states.

On a question related to 'Atma-nirbhar Bharat Yojana', the minister spoke of India's two-pronged strategy of incentivising production and creation of common infrastructure for high-quality medicines and medical devices to make the country self-reliant.

He said the government is ensuring that there is import substitution in this sector.

Vardhan said in the last few months since the outbreak of the pandemic, India had made rapid strides in the 'manufacturing of ventilators, PPEs, testing kits and many medical devices'.

On disparity in setting up AIIMS in different regions and only one for the entire North East, he talked about the Central Scheme Pradhan Mantri Swasthya Suraksha Yojana (PMSSY) aimed at correcting the regional imbalances in healthcare.

Other than setting up new AIIMS, the scheme also aims to upgrade the existing medical infrastructure in the entire country in a phased manner.

Under different phases of the scheme, the central government will establish new medical colleges attached with existing district and referral hospitals in Dhubri, Nagaon, North Lakhimpur, Diphu and Kokrajhar districts in Assam, Churachandrapur in Manipur West Garo Hills district in Meghalaya, Falkawan district in Mizoram, and Kohima and Mon in Nagaland.

Vardhan also stated that the Centre has added 29,185 MBBS seats in the last five years.

Responding to questions on strengthening the public health system, he talked about the Union government's commitment to "increase the public healthcare spending as a percentage of GDP from the existing 1.15 per cent to 2.5 per cent by 2025", which "will mean an actual increase of 345 per cent over the current share in this short period of time."