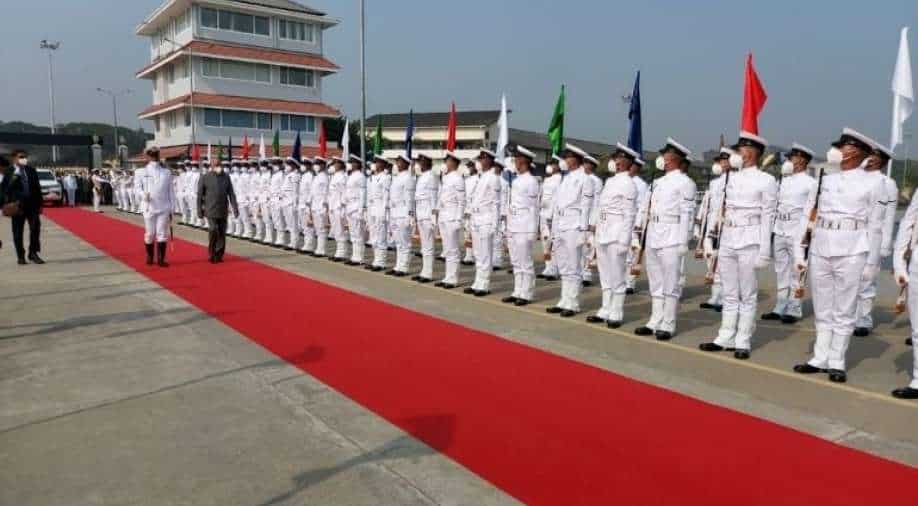 India's head of State Ram Nath Kovind visited the under-construction Indigenous aircraft carrier Vikrant, at Kochi, in southern India on Wednesday. Paying his maiden visit to the carrier, the Supreme Commander of India's Armed Forces also witnessed a Naval operations demonstration at the Ernakulam channel, in the city.

Also see | Yearender 2021: The most noteworthy events in India

After a briefing on-board the carrier, regarding the progress of trials towards commissioning of the ship, the president undertook a brief tour of the mighty warship. IAC Vikrant is being built at a cost of nearly Rs.20,000 crore at the state-run Cochin Shipyard Limited.

Indigenous content in the construction of IAC is close to 76 per cent, this includes the ship's steel hull, which is heavy enough to erect as many as three Eiffel towers. The ship also features equipment manufactured by Indian industries.

The indigenous construction of the carrier has generated employment opportunities and bolstered plough-back effect on the domestic economy. Close to 2000 shipyards and 13000 non-yard personnel have been employed per annum, towards the construction of the IAC.

The Supreme Commander of India's Armed Forces appreciated the efforts of the Indian Navy and Cochin Shipyard towards the development of indigenous capabilities in shipbuilding, as a shining example of the nation’s quest for ‘Atma Nirbhar Bharat’(self-reliant India).

The highlights of the day were manning of the yard and arms of the Sail Training Ship ‘Tarangini’ along with steam past by Naval ships which maneuvered in a column formation shouting 'Three Jai' in the honour of The President. The event concluded with a band performance by the Naval band and fly past by aircraft.