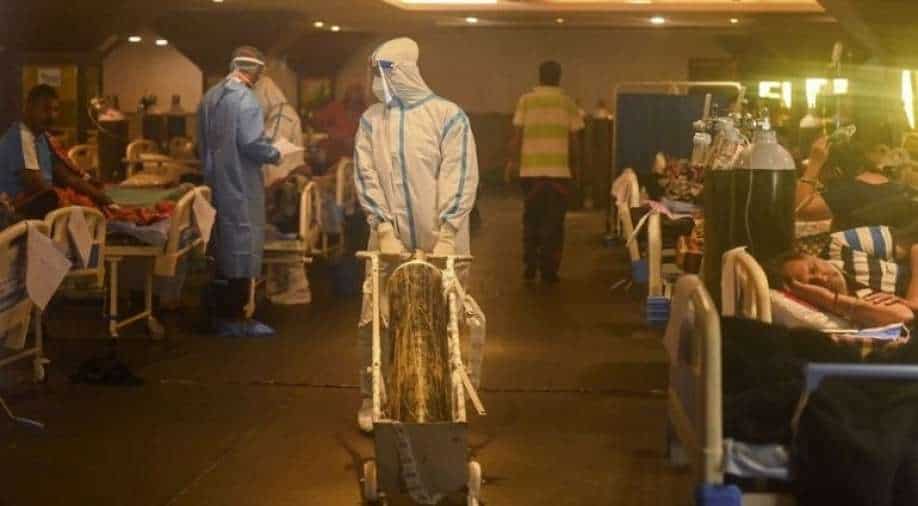 India's reproduction value (R) for COVID-19, which shows how fast the infection is spreading, is below one now, which means that the pandemic is shrinking, the government said on Tuesday even as it cautioned that 98 per cent of the population is still vulnerable.

"Comprehensive efforts at containment and testing are resulting in stabilisation. We still have a few states which continue to be cause of concern... There is a mixed picture but overall there is stabilisation and what we know from scientific analysis is the reproduction number is below 1 now which means the pandemic is shrinking," Paul said.

He said this has happened because there is a huge containment effort in addition to managing the cases in home settings and hospitals.

"We are hoping and keeping the case fatality rate reasonably under control. We have to be very mindful that when we are achieving declining positivity rate it is because of the results of what we are doing and that doing cannot be slackened. We cannot again let this go out of hand," he said.

"Despite the high number of cases reported so far, we have been able to contain the spread to under 2 per cent of the population due to continued efforts by the medical fraternity, states and districts," he said.

"This should also make us wary of protecting the still vulnerable/susceptible 98 per cent population. We cannot let our guards down, hence continued focus on containment is critical," Agarwal said.

Giving figures from around the world, he said 10.1 per cent of the population in the US has been infected so far, 7.3 per cent in Brazil, 9 per cent in France and 7.4 per cent in Italy.

About black fungus, Paul said till now the number is not that high but it cannot be taken for granted.

"We have held discussions with all states on black fungus and there is a push on availability of Amphotericin B and till now, the number is not that high but we cannot take it for granted. There are a large number of cases through which we have learnt that when a combination of diabetes, an uncontrolled one, particularly in Covid and steroid use comes up then likelihood of this disease becomes a possibility. So, whoever has diabetes should try to keep it in control," he said.

He stressed on rational use of medication. "We reiterate that proper use of steroids has to be done and we must not take it lightly," he said.