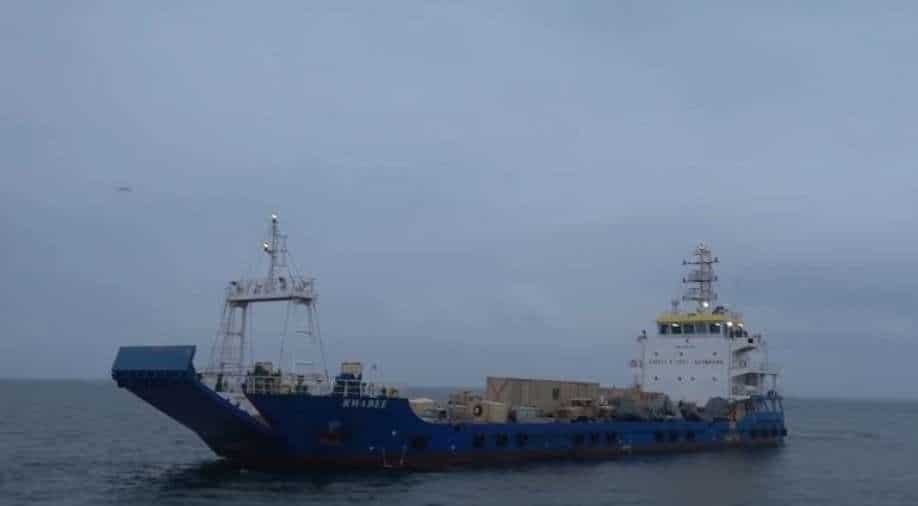 In a statement, MEA spokesperson Arindam Bagchi said all the seven Indian crew members on the seized ship were safe. The ship was seized by the Houthi rebels off the port of Hodeidah (Yemen) on January 2, the ministry said.

India said on Tuesday that it is making every effort to obtain the quick release of seven Indians who were part of the crew of a UAE-flagged ship kidnapped by Houthi rebels on January 2, and encouraged the Houthis to do so.

India also expressed concern over the recent escalation of conflict in Yemen, expressing the hope that all sides will come to the bargaining table to find a peaceful settlement.

Arindam Bagchi, a spokesperson for the Ministry of External Affairs, said in a statement that India is in contact with the ship's operator and that the Indians are secure.

"The government of India has been closely monitoring developments following the seizure of the UAE flagged ship Rwabee off the port of Hodeidah (Yemen) by the Houthis on January 2, 2022. We are in touch with the company operating the ship and have been informed that seven of the 11 crew members on board the ship are from India. We also understand from the company and other sources that all Indian crew members are safe. The government of India is making all efforts to secure their early release. We urge the Houthis to ensure the safety and well-being of the crew members and release them immediately. India is concerned at the recent intensification of fighting in Yemen and hopes that all parties will come to the negotiating table to find a peaceful resolution to the Yemen issue, "he said.

The UAE government demanded the return of the ship Rwabee and its crew, who were kidnapped by the Houthi militia, which is backed by Iran.

Video is UAE ship Rwabee which has been hijacked by Yemen's Houthis. Out of the 11 crew members on board the ship, seven are from India.pic.twitter.com/yDaFJDQIn1

The ship was carrying medical equipment for a field hospital on Socotra Island, according to a letter to the UN Security Council submitted by Ambassador Lana Nusseibeh.

Onboard Rwabee are 11 passengers from various countries, according to the statement.

According to the letter, the Houthis have previously targeted at least 13 commercial ships in the Red Sea with explosive-laden boats and mines, as well as hijacking at least three of them.