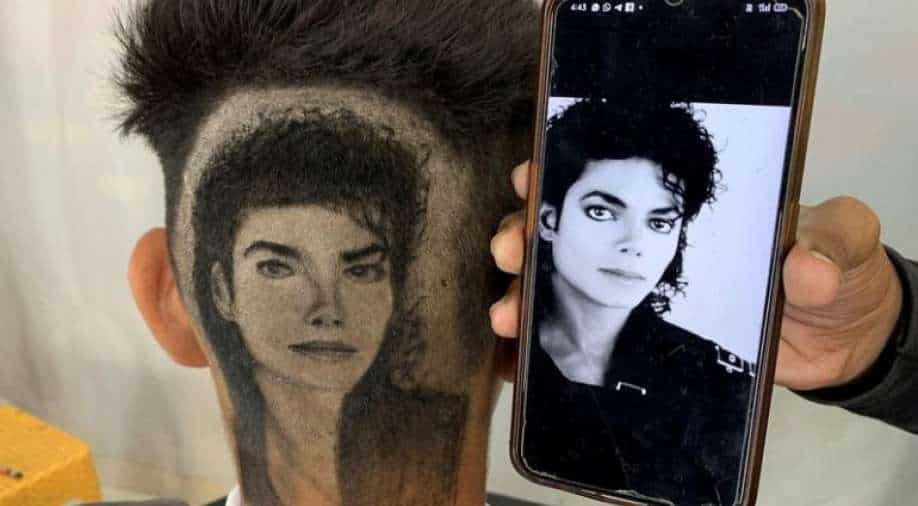 Gurwinder Singh Sidhu, 31, a barber, displays a photo of Michael Jackson next to a customer after he made a hair tattoo of the pop star in the customer's hair inside his shop in Dabwali town, in the northern state of Punjab, India, Photograph:( Reuters )

These days the brothers, aged 29 and 31, charge anywhere between $20-$30 for their special hairdos, and say they have plans to take their business outside of India as well

In a small salon in a nondescript town in northern India, a haircut is not just a trim or a crew cut but an opportunity to get some art embossed on the back of your head.

From the Taj Mahal, complete with its many turrets and towers, to a lifelike portrait of pop star Michael Jackson, the brothers use a range of trimmers, scissors and pencils, among other tools, to get every minute detail of hairdos correct.

"In the beginning we used to give anyone we could get hold off free haircuts so that we could practice our skills on them. Some days we used to practice till 2.00 a.m., because during the day we used to run the regular salon," Rajwinder, the younger of the two brothers, told Reuters in an interview. 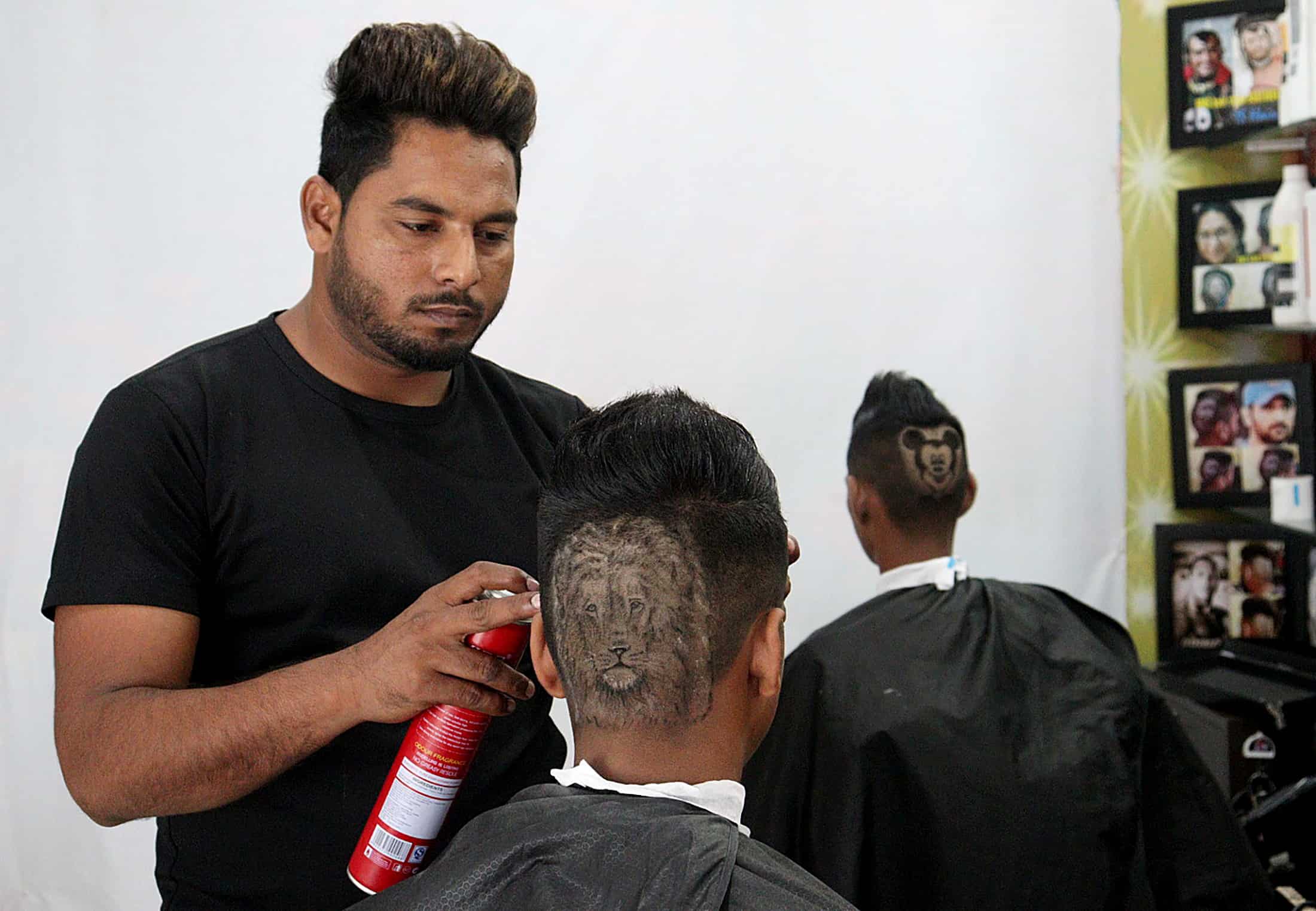 These days the brothers, aged 29 and 31, charge anywhere between $20-$30 for their special hairdos, and say they have plans to take their business outside of India as well.

From requests of images of Bollywood stars to popular sportspersons and even an impression of Mickey Mouse, the brothers' salon is seeing a steady stream of customers who want to draw attention to themselves at social gatherings or events but do not want something lasting, like traditional tattoos.

"Today, I got a tattoo of the Taj Mahal. The monument is very beautiful and with this tattoo, I will stand out in the crowd," said salon customer Darbar Singh, showing off his brand new haircut.