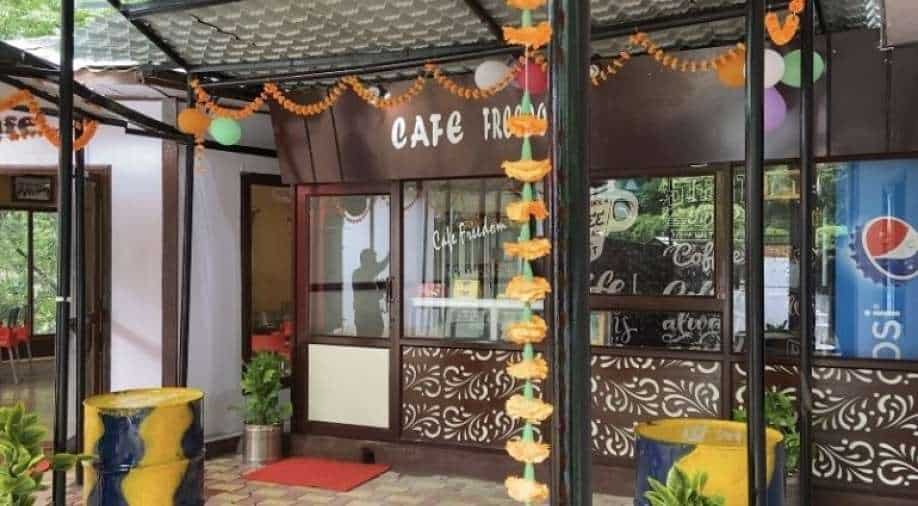 A coffee shop has been established at the Kaman Aman Setu, the last forward post of India Army

Sipping a coffee mug at the Line of Control (LoC) in Uri sector of North Kashmir would have sounded impossible till last year. But after the ceasefire between India and Pakistan in Feb 2021, the situation has improved a lot.

“We have opened the coffee shop for everyone visiting the Kaman Post for motivational purposes for the people of Jammu and Kashmir, after having a selfie at the bridge, people can come and have snacks here and they can take home several souvenirs to take along with them. A sixty feet national flag flutters at the LoC", said Vishal Dev, Major Indian Army.

People living next to the Line of Control are relieved after the ceasefire agreement between India and Pakistan. The ceasefire violations have completely stopped and people who had to run for the shelter every second day due to shelling are finally living a normal life. They are thankful that both the countries have reached an agreement. The locals said that through this coffee shop, the gap between army and locals will be bridged too.

“After the division of the two countries, people who were related, friends became distant. When both the countries worked on improving the relations. All the distance was completely finished when these steps were taken. A coffee shop has been opened and it’s to grow the relationships between people and army. The way army has won hearts of people here is worth appreciating", said Qazi Ahmad, Local Resident .

With peace finally returning to the bordering areas, people are expecting that the trade between the two countries would begin soon and people from both the sides may be allowed to visit each other.