India said that the gesture is an effort to enhance peace and harmony in Jammu and Kashmir. Photograph:( WION )

On the first day of 2022, the Indian military swapped sweets with Pakistani and Chinese forces at the Line of Control (LOC) in Kashmir and the Line of Actual Control (LAC).

The Indian and Chinese military exchanged sweets at ten locations along the Line of Actual Control, ranging from Eastern Ladakh through Sikkim to Arunachal Pradesh.

The news comes as India and China's soldiers have been locked in a tense standoff for the past two years along the Line of Actual Control (LAC).

In the year 2020, India lost 20 soldiers in the Galwan incident, while China confirmed the death of four soldiers.

Even as Beijing maintains its hostile posture, relations have deteriorated since then.

Several rounds of military and diplomatic discussions have taken place, with certain places such as Pangong Lake and Gogra seeing disengagement, but the situation remains tense. 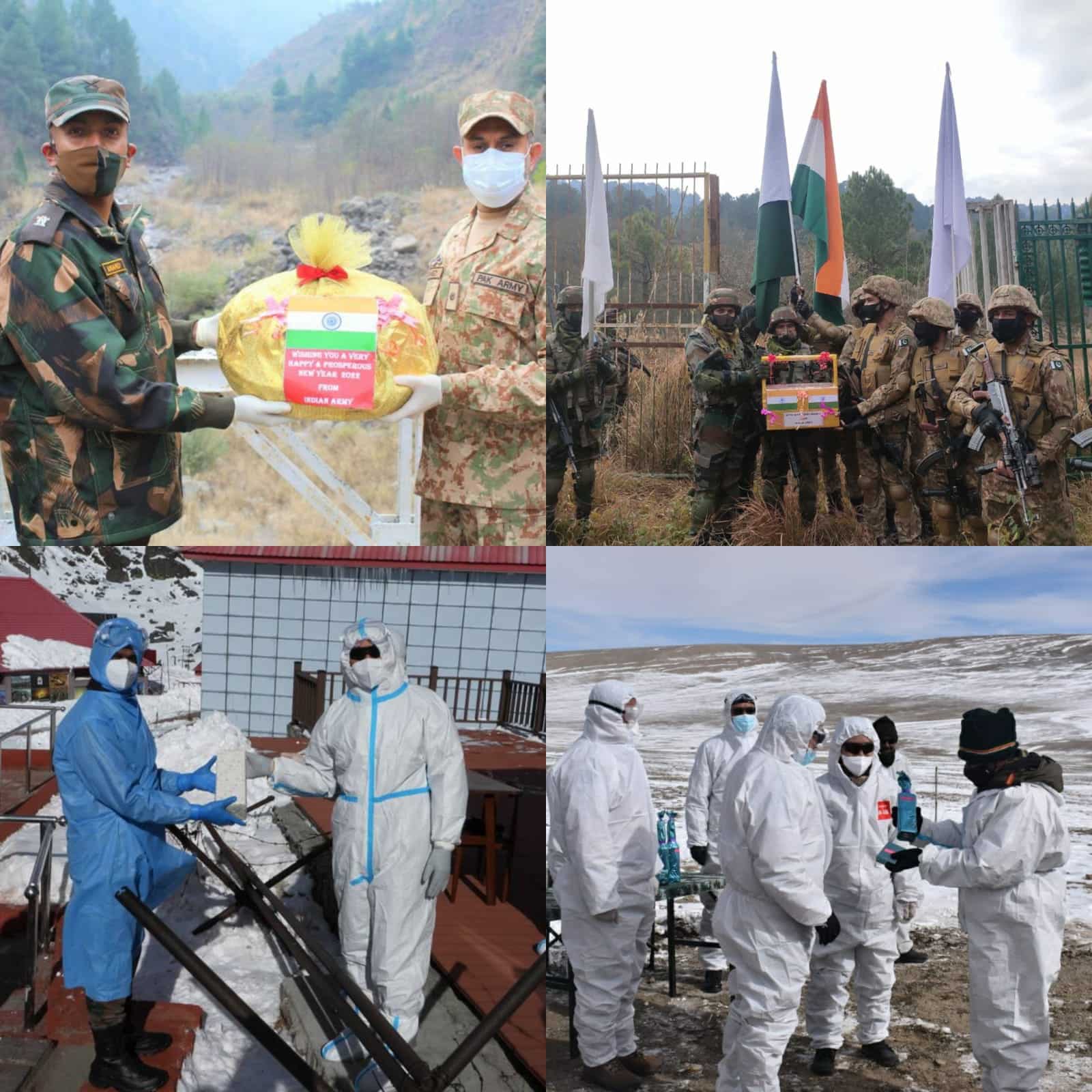 The talks take place on the same day as China's land border law, which deals with border protection and integration, goes into force, posing a security threat to many countries in the region, including India.

New Delhi has denounced the new rule, calling it a "unilateral decision" that might "have implications on our existing bilateral arrangements on border management as well as on the boundary question, which is of concern to us," according to a statement from the ministry of external affairs.

An Indian Army release said, "Over the years, India has continuously endeavoured to sweeten and strengthen bilateral relations with Pakistan through goodwill gestures like this one across the spectrum to ensure peace and tranquility in the region."

In February of last year, India and Pakistan agreed to maintain a truce along the Line of Control.

In a rare joint statement issued in February, New Delhi and Islamabad reaffirmed their adherence to the 2003 ceasefire agreement.