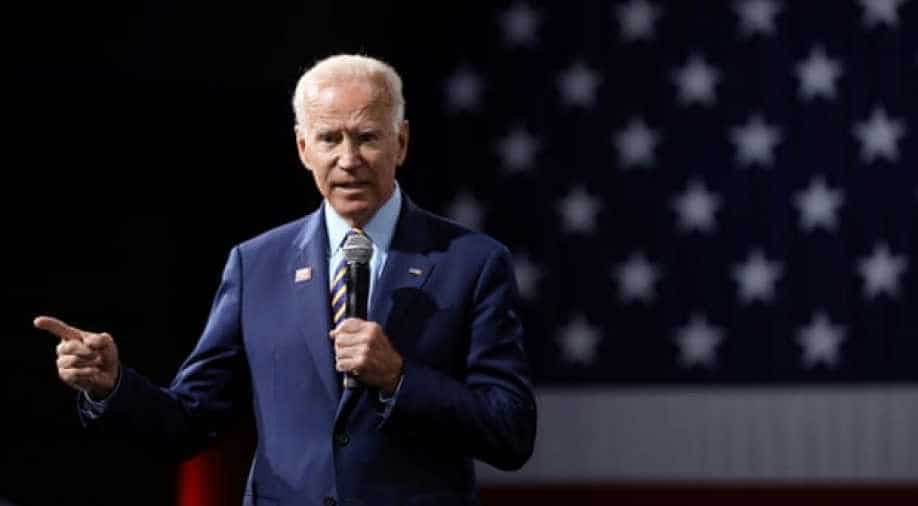 'India needs to be a partner in the region for our safety's sake and quite frankly for theirs,' Biden said on India-US relations.

Democratic presidential candidate Joe Biden on Wednesday said that if he wins the US elections later this year, boosting ties with India will be a high priority for his government and called New Delhi, Washington's "natural partner".

"India needs to be a partner in the region for our safety's sake and quite frankly for theirs," Biden said when asked about the relations between both countries during a virtual fundraiser event, reported PTI.

Calling India and US "natural partners", the former vice president also said that their strategic partnership was "high priority in the Obama-Biden administration and will be a high priority if I''m elected president".

On the US elections, Biden added that it would be the most important poll of a lifetime, saying that country's character is at stake.

Biden also slammed US President Donald Trump for his response to the coronavirus crisis, saying that he ignored warnings when the outbreak started and failed to protect the country.

He said that Trump, throughout his tenure, undermined the "very core pillars of ours, what I would argue, moral and economic strength".

"I really do believe that our country is crying out for leadership and maybe even more important, some healing. Today, we have an enormous opportunity not only to rebuild but to build back better than before. To build a better future. That's what America does," Biden added.