India, US could post officers at combatant commands at some point: US ambassador Kenneth Juster 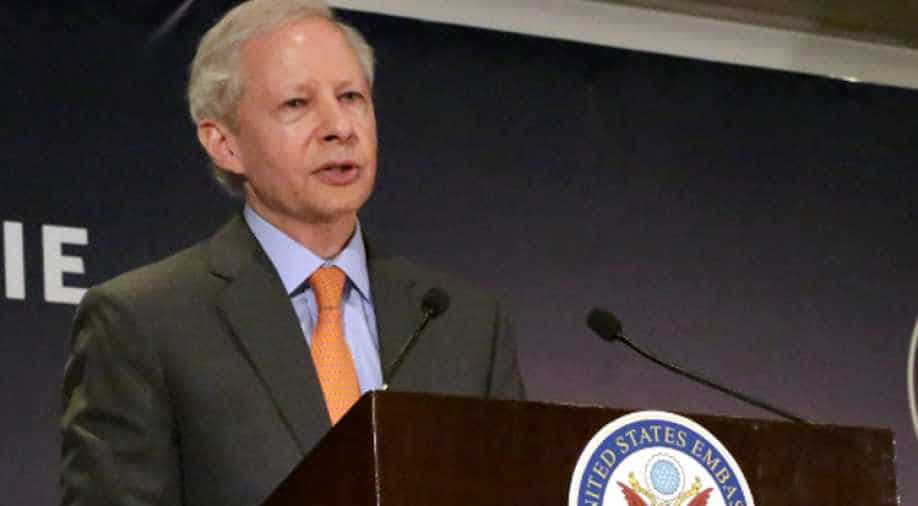 In his first public speech since taking over as ambassador to India, Kenneth Juster said US and India at some point could exchange "officers in war colleges and training facilities" and could even post "reciprocal military liaison officers at respective combatant commands".

The newly-appointed ambassador to India said the US was keen on not just defence ties but on counter-terrorism to enhance long-term stability and "security in the Indo-Pacific region", in a clear reference to the AF-Pak region.

"India as a net provider of regional security is capable of responding successfully to threats to peace, especially in the Indian Ocean and its vicinity," Juster said.

Juster's statements echos the Trump administration's policy over several months on engaging India even as its relations with Pakistan has nosedived. In a New Years eve tweet President Trump had slammed Pakistan alleging it had engaged in "deceit and lies" in the war on terror.

Trump's remarks received a major backlash in Pakistan with foreign minister Asif Khawaja retorting "this is not how allies behave", later the foreign minister said his country did not have any alliance with the US as both countries continued to their diplomatic battle over terror.

US is keen to further intelligence, surveillance and reconnaissance platforms in India and enhance fighter aircraft production and "co-develop the next generation systems" including a future vertical lift platform or Advanced Technology Ground Combat Vehicles, Juster said.