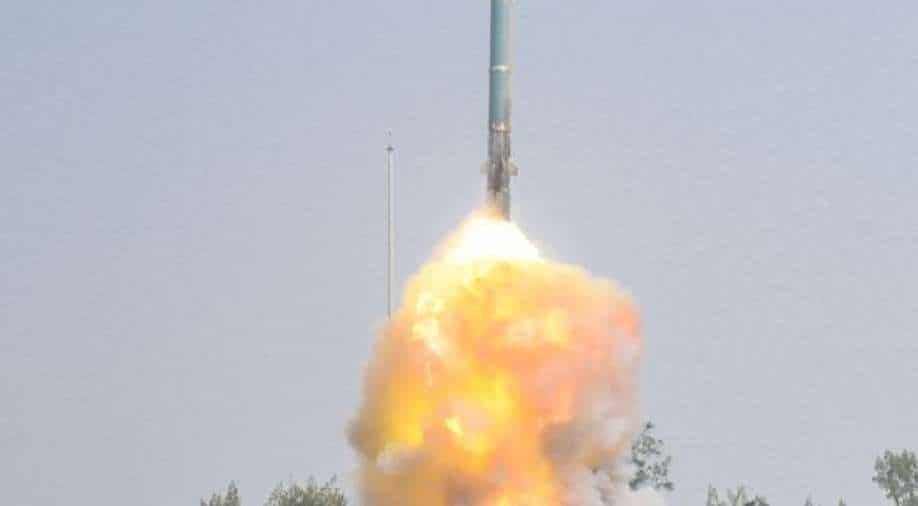 The missile was launched from Wheeler Island in Odisha (Photo Courtesy: Defence Ministry) Photograph:( Others )

The missile which was launched from ground mobile launcher a is set to enhance anti-submarine warfare capability.

The system is a next-generation missile-based standoff torpedo delivery system, the government said. The missile was launched from a ground mobile launcher.

During the launch, the full range of capability of the missile was successfully demonstrated. The missile is set to enhance anti-submarine warfare capability.

The missile carried a torpedo, parachute delivery system and release mechanisms during the launch.

Several DRDO labs were involved in developing the missile system. It was described as a "textbook launch".

Defence minister Rajnath Singh while congratulating the team on the successful test said: "The development of the system is a perfect example of building futuristic defence systems in the country."