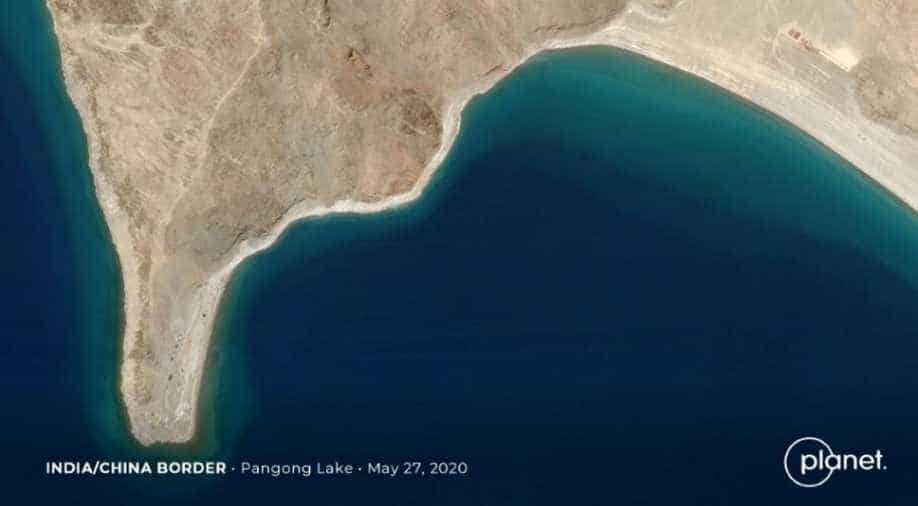 Both sides had nine rounds of talks last month during which the Pangong Lake disengagement was decided.

The Ministry of Defence in a statement on Friday said its forces were able to prevent "any unilateral change in status quo' at the line of actual control (LAC) by Beijing -- a day Indian Defence Minister Rajnath Singh detailed the India-China disengagement at the Pangong Lake.

In an extensive statement to "set the record straight" in the backdrop of criticism by the Congress party, the defence ministry said, "India has not conceded any territory as a result of this agreement and effective safeguarding of our national interest and territory in the Eastern Ladakh sector has taken place because the government has reposed full faith in the capabilities of the armed forces."

As part of the disengagement at the northern bank of Pangong, the Chinese will move to the east of Finger 8, while Indian forces will be present at the Dhan Singh Thapa post near Finger 3. Under the agreement, there will be no patrolling in the area from Finger 3 to Finger 8 until further talks happen on the issue. No forward deployment will happen, and any permanent structures built by two sides from April, 2020 will be removed

The defence ministry statement added, "India has persistently maintained the right to patrol up to Finger 8, including in the current understanding with China"

Once the disengagement at Pangong is over, withing 48 hours the senior commanders from both sides will meet to address disengagement at Hot Springs, Gogra and Depsang in Eastern Ladakh. That will be the 10th round of such military talks to defuse the tensions between the two countries.

Both sides had nine rounds of talks last month during which the Pangong Lake disengagement was decided.