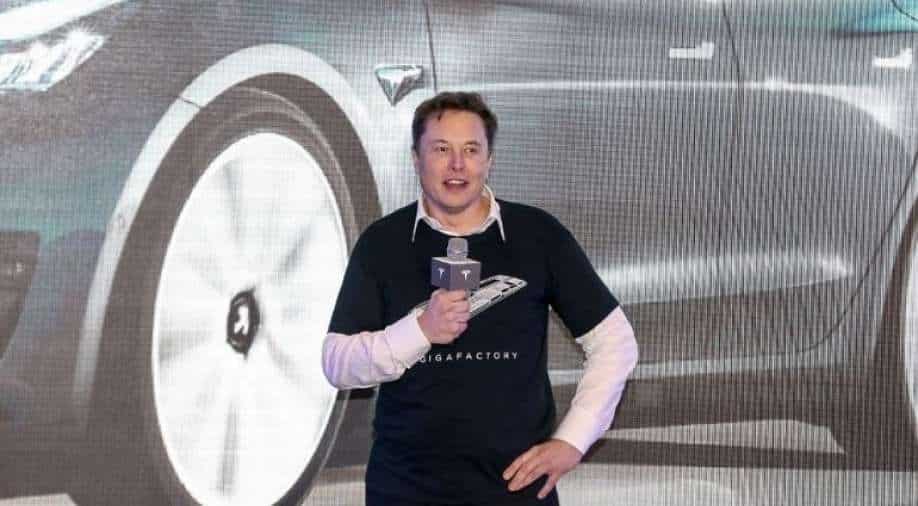 While Prime Minister Narendra Modi's administration has been encouraging Tesla to produce locally, Musk wants India to lower taxes by 100 per cent on imported EVs

India has turned down Elon Musk's request for tax breaks on Tesla's electric cars as it states that the rules allow bringing in partially-built vehicles. Musk has been seeking tax breaks from the Indian government for a while now.

Vivek Johri, chairman of the Central Board of Indirect Taxes and Customs, in an interview, said, "We looked at whether the duties need to be re-jigged, but some domestic production is happening and some investments have come in with the current tariff structure."

"So, it is clear that this is not a hindrance," he added.

Nowadays, Musk seems to be in high demand in India. The billionaire has been invited by some Indian states to come up with different kinds of units for its electric cars in their respective areas.

While Prime Minister Narendra Modi's administration has been encouraging Tesla to produce locally, Musk wants India to lower taxes by 100 per cent on imported EVs.

He is demanding this to enable his company to sell vehicles built elsewhere at competitive prices.

As per Johri, the company has not yet presented a plan for local manufacturing and procurement from India.

Till now, two states, namely, Maharashtra and Telangana, have made the offer. Maharashtra Water Resources Minister Jayant Patil has asked Musk to set up manufacturing in the state for its products.

In a tweet to Musk, Patil said, "Maharashtra is one of the most progressive states in India. We will provide you all the necessary help to get you established in India. We invite you to establish your manufacturing plant in state."

Earlier, Telangana Industry and Commerce Minister K T Rama Rao had also invited the CEO to come up with a shop in his state.

Senior ministers from Punjab and West Bengal have also extended invitations to Musk.

The invites were triggered after the billionaire informed that the carmaker is facing numerous challenges for launching its car in India.