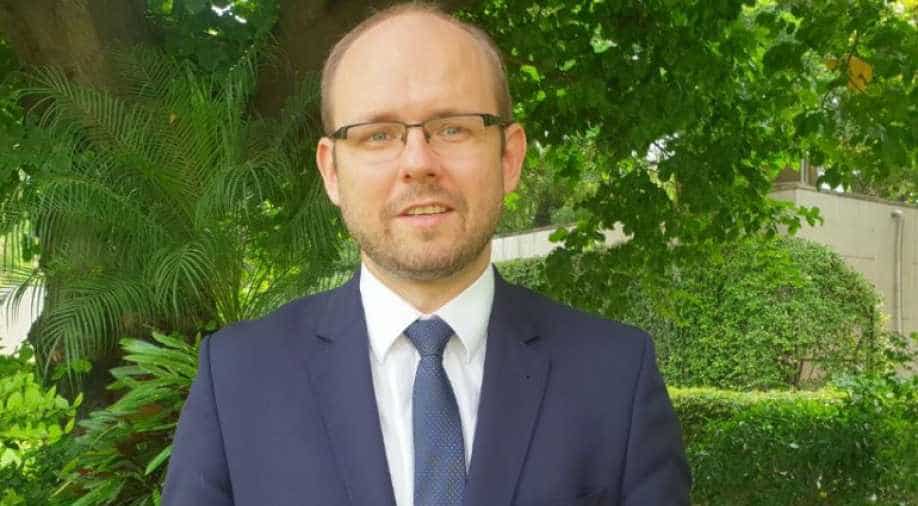 Deputy Foreign Minister of Poland Marcin Przydacz visited India in the first direct flight that will connect capitals of Poland and India i.e Warsaw and New Delhi directly after a gap of 25 years. He spoke to our diplomatic correspondent Sidhant Sibal on how the direct flight will improve people to people connectivity, Bollywood and ongoing India-Pakistan tensions

Deputy Foreign Minister of Poland Marcin Przydacz visited India in the first direct flight that will connect capitals of Poland and India i.e Warsaw and New Delhi directly after a gap of 25 years. He spoke to our diplomatic correspondent Sidhant Sibal on how the direct flight will improve people to people connectivity, Bollywood and ongoing India-Pakistan tensions.

WION: How will the direct flight benefit the people of India and Poland?

Marcin Przydacz: There will be a greater impact on the relations between Poland and India, not only politically but also economically when it comes to tourism. Polish people are very interested in India, they have more and more money. This is not the first direct flight between Poland and Asia. There have been direct flights between China, Japan and Singapore. Very very important for tourist and also for businessmen.

WION:  Is trade value between India-Poland far below its potential?

Marcin Przydacz: It is far below potential but not that bad. Our trade is $ 3 billion, so it is not that bad but we can do much more. We are interested also in what you can offer to Poland. We can discuss high tech, fin-tech, agriculture products and also cultural products. Bollywood is more and more popular in Poland. There were a couple of films that were done in Warsaw, our capital. That is also a possibility for further cooperation.

WION: Your take on the ongoing India-Pakistan tensions?

Marcin Przydacz: Well those tensions between India and Pakistan as a result of a change in status for the erstwhile state of Jammu and Kashmir is a big concern for the whole international family. We as a non-permanent member of the United Nations Security Council are also the concern of the situation. We are for a peaceful resolution, for dialogue and we like EU think, it will have to solve bilaterally, you have to discuss and find a way on how to solve the situation.

WION: You will visit Kolhapur in Maharashtra, a city that hosted many Polish refugees during World War 2 as Nazis attacked Poland.

Marcin Przydacz: Our friendly ties are deeply rooted in history and good foundation of ties are based on generosity by Indian society during World War 2, when your people invited our refugees who were forcibly taken to Siberia, Russia and were able to escape but they didn't have the chance to go back home, so they came to India and they were hosted here. In Gujarat and Maharashtra, there were camps for 5000 Polish people. Generosity by our society is still remembered in Poland. I don't know if it is remembered here in India and that is why we are opening a museum on how Indian society helped Polish refugees, many of them are 90 years old.

WION: How do you see US President calling off talks with Taliban and developments in Afghanistan?