India likely to get six 'fully-loaded' Rafales before July end 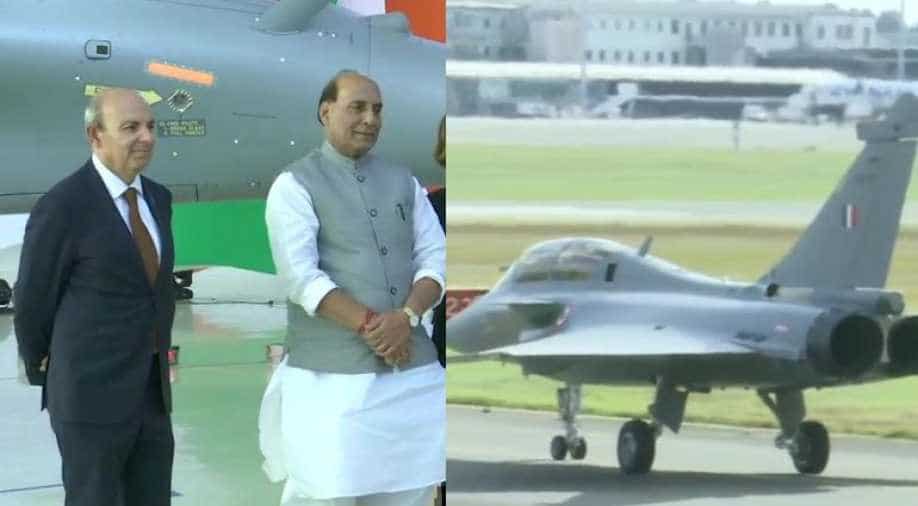 The Rafales along with the Meteor missiles which can hit targets at more than 150 km strike range will give an edge to the Indian Air Force over the Chinese Air Force.

Amid ongoing border skirmish with China along the Line of Actual Control (LAC), India is likely to receive around six fully-loaded Rafale fighter aircraft by July-end fitted with the long-range Meteor air to air missiles.

The Rafales along with the Meteor missiles which can hit targets at more than 150 km strike range will give an edge to the Indian Air Force over the Chinese Air Force.

"Depending upon the situation and the ongoing training of IAF pilots in France, we may get six Rafales by July-end. The aircraft will be arriving with their full package and will be made operational within few days itself," ANI report said quoting government sources.

The original plan was to get four Rafales including three twin-seater trainer versions for training the pilots here at Ambala Air Force station, which will be the first base of the Rafale fighter jets in India. The second base would be in Hashimara, West Bengal, sources added.

The number of aircraft set to arrive in India may be higher according to requirement and a decision will be taken keeping in mind the training requirements of the pilots already stationed in France, the sources noted.

Despite the coronavirus pandemic, the Indian Air Force has worked hard to ensure that the ground infrastructure gets ready by the time the planes land here.

The IAF officials said the date of arrival of the planes would be decided by mid-July after taking multiple factors into account.

The first aircraft to be flown in is planned to be piloted by the Commanding Officer of the 17 Golden Arrows` squadron along with a French pilot, they said.

The aircraft on their way from France to India would be refuelled by a French Air Force tanker aircraft in the air before they make a stopover in the Middle East.

"From Middle East to India, there would be one mid-air refuelling done by the Indian IL-78 tanker before they land in India," sources said.

Sources said that the Rafales could have come directly from France to India but a 10-hour flight would be stressful for pilots sitting inside a small cockpit.

The first batch of seven Indian pilots has also finished their training at a French airbase while the second batch would be going to France as soon as the lockdown measures are relaxed in both the countries.

Post lockdown, India received the first consignment of equipment from France when a cargo plane landed in Delhi few weeks ago and more equipment would arrive in the near future.