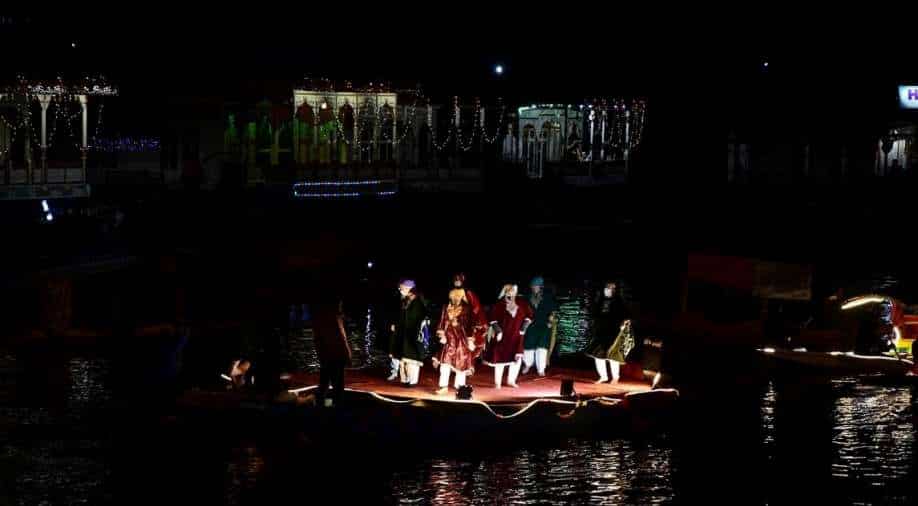 It's been decades since the closure of movie theatres in the Kashmir Valley and now, the Jammu and Kashmir government has started the first of its kind, an open-air theatre in the middle of Dal Lake. On the inauguration day, the famous Bollywood film 'Kashmir Ki Kali' was played on the big screen. 'Kashmir ki Kali' was shot in Kashmir in 1964.

The Jammu and Kashmir Tourism department in collaboration with Smart City Srinagar and Mission Youth J&K have started this theatre.

"We started an open theatre in the middle of Dal Lake. People can see movies while sitting in shikaras. It's a novel idea. And there would be a movie about houseboats running in this theatre to give tourists an insight. We will do a laser show around it too. This will give a lot of confidence to the houseboat community and help in growing tourism in the Kashmir Valley," said Director Tourism, G N Itoo.

The government also inaugurated a laser show at Dal Lake. A gallery displaying old testimonials, periodicals and photographs depicting old pictures of houseboats in river Jhelum and Dal Lake, Kashmiri Culture and traditional cuisine were also put up for the locals and tourists. A fleet of shikaras and houseboats were kept available for tourists to join the celebrations and witness laser shows and films.

"I am feeling great. It's India's first floating cinema and It's a beautiful experience. We are enjoying it a lot. Srinagar is a must-visit place to come. We should recommend this to everyone and no one should be afraid to come here," said Aakshama, a tourist.

On the occasion, a shikara rally with shining lights was organised and it passed through Nehru Park to Kabootar Khana with local artists singing and dancing Kashmiri songs.