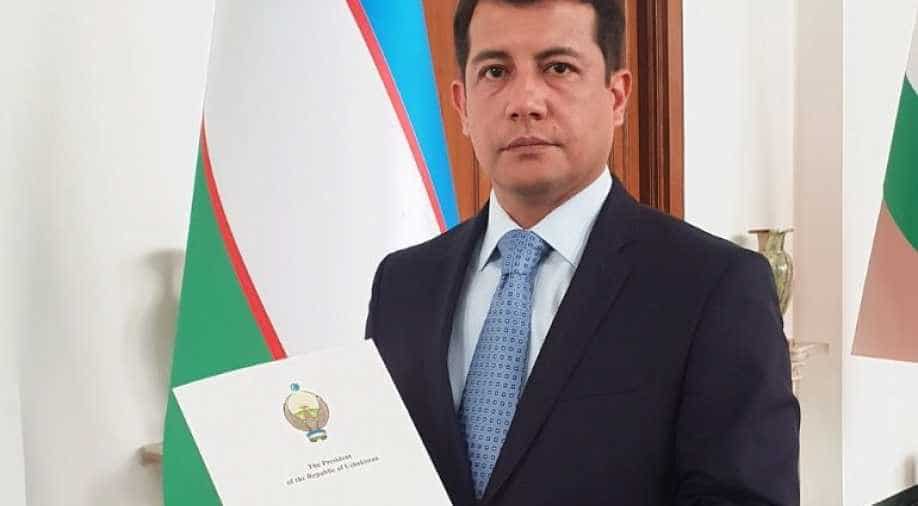 Farhod Arziev spoke to WION on a host of issues surrounding the SCO—from India-Uzbekistan ties to connectivity programmes.

Uzbek envoy to India Farhod Arziev has said that India has an important role at Shanghai Cooperation Organisation(SCO) and New Delhi being a leader in innovation & IT can help the grouping.

Farhod Arziev spoke to WION on a host of issues surrounding the SCO—from India-Uzbekistan ties to connectivity programmes.

WION: How do you see ties between the two countries?

Farhod Arziev: First of all, I like to say election just concluded and it was a big event for India, and as soon as election results were announced with the BJP and NDA winning the elections, President of Uzbekistan H E Mr Shavkat Mirziyoyev sent his congratulatory letter. Soon after reappointment of PM Modi for his second term, President sent the congratulatory message again. Election results show the big trust people of India have on govt and leadership of Narendra Modi and clear testimony of recognition of the results of effort he has been taking to make India more prosperous. Bilateral ties between both countries have been growing dynamically. We have identified new priorities for bilateral ties. With the new government formed under the leadership of PM Modi, we are confident that the strategic relationship will further deepen.

WION: Can we expect some high-level visit between the two countries this year?

Farhod Arziev: This year we working on a number of visits at the bilateral level, at the level of different ministries, at parliamentarian level & people to people to contacts expanding. Just recently we had Uzbek India innovation & IT form which shows our cooperation in areas of innovation is also expanding. We also plan to have Uzbek India youth forum. & Also, we will hold, Uzbek India regional summit this year. Gujarat & Andijan are partner regions, and we expect big delegation from Gujarat and other regions of India as well.

WION: How do you see India's role at SCO?

Farhod Arziev: Uzbekistan, we have fully supported full membership of India to SCO, and we believe India's membership to SCO has been a big contribution to further expansion and development of the organisation as an international institution with India being one of the fastest growing countries. It has many things to offer for the development of SCO. Like, expansion of trade and economics or transport or communication, opportunities for SCO members, there we see India can play a big role. In areas like innovation & IT, India holds a strong position, can also play contribution at SCO. Also in areas of tourism, also in areas of cultural exchange, we know India has initiated, put forward the idea of SCO members cinema and we fully support this initiative. Many more areas were India can play an important role within the SCO framework. I would also like to stress the fact, we have very good cooperation and coordination with India within the framework of international and regional organisations like SCO and almost on every agenda at the org we have similar positions.

Farhod Arziev: Uzbekistan is not only landlocked but double landlocked country. Connectivity projects can help us reach international markets and reduce the cost and distance in reaching international markets to the interest of my country. We see a big scope for Cooperation with India in expanding the connectivity options between India and Uzbekistan and India and central Asia as a whole and there are many connectivity projects and transport projects, being developed. One of them is Chabahar. We see the project as a positive contribution to expanding connectivity between our regions and of course we working connectivity options via Afghanistan. You know there existing railway connection between Uzbekistan and Mazar-e-Sharif which plans to be expanded to Herat. It can eventually reach to Chabahar port.