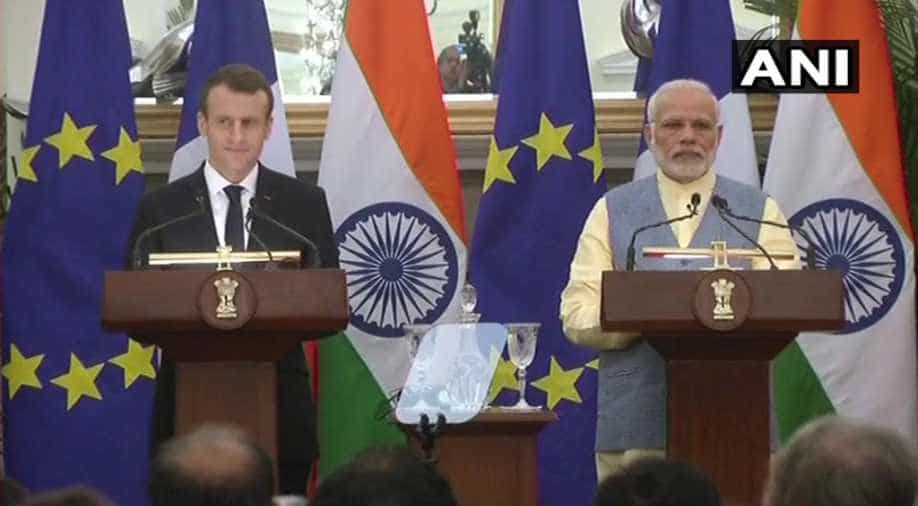 The French and Indian companies have signed contracts worth $16 billion on the first day of Macron’s visit to India. Photograph:( Zee News Network )

India and France on Saturday signed as many as 14 bilateral agreements aimed at boosting ties, including in sectors of security and nuclear energy, at Hyderabad House in New Delhi.

The French and Indian companies have also signed contracts worth $16 billion on the occasion.

The deals include a contract for France’s Safran to supply SpiceJet with engines, water system modernisation by French water utility firm Suez in the southern city of Davangere and a contract between industrial gas company Air Liquide and Sterlite.

According to reports, around 200 million euros of investments will be made in India.

Macron's office did not provide a breakdown of the contract values or details about the deals. It said some 200 million euros of investments will be made in India.

While issuing a joint statement, PM Modi said the two countries share a 20-year-old strategic partnership and have made efforts to strengthen people to people ties.

In the Defence sector we welcome investments from France under '#MakeInIndia': PM Narendra Modi pic.twitter.com/FDbzGFS2GG

The prime minister stressed that like France, liberty, equality and fraternity are deeply embedded in India's constitution also.