India extends another $100 million line of credit to Maldives 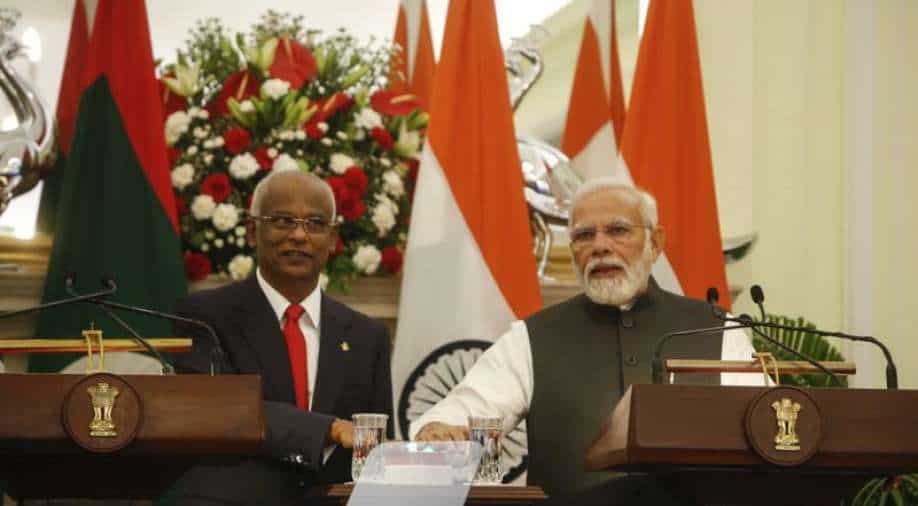 Prime Minister Narendra Modi on Tuesday announced that India will extend an additional $100 million line of credit for the island nation of Maldives. The announcement was made after PM Modi held talks with Maldives President Ibrahim Mohamed Solih, who is on a four-day visit to India with the focus on inaugurating Maldives' biggest infrastructure project, the Greater Male Connectivity Project ​(GMCP).

Announcing the line of credit, PM Modi stated that India will always be the first responder for the Maldives.

"We have decided to provide an additional line of credit of USD 100 million to the Maldives so that all projects can be completed in a timely manner," said PM Modi.

A partnership that delivers tangible benefits for the people.

Watch the progress in execution of these India-assisted projects in Maldives:

As reported by WION, the Indian government under PM Modi is already supporting 45 projects in the country with grant assistance of $16.88 million or 260 million Maldivian rufiyaas. Of these 45 projects, 17 have been completed and inaugurated already.

As for GMCP, the project has been supported by New Delhi from its inception. A grant of $100 million and a $400 million line of credit, totalling $500 million was extended for the project.

The project was first discussed during External Affairs Minister Dr S Jaishankar's visit to the country in September 2019. The agreement for the project was signed between AFCONS and Maldives government last year and the mega infrastructure is expected to be completed within two years.

Under the project, a 6.74 kilometres long bridge and causeway link will be built that will connect the national capital Male with three adjoining islands viz. Villingli, Gulhifalhu and Thilafushi.