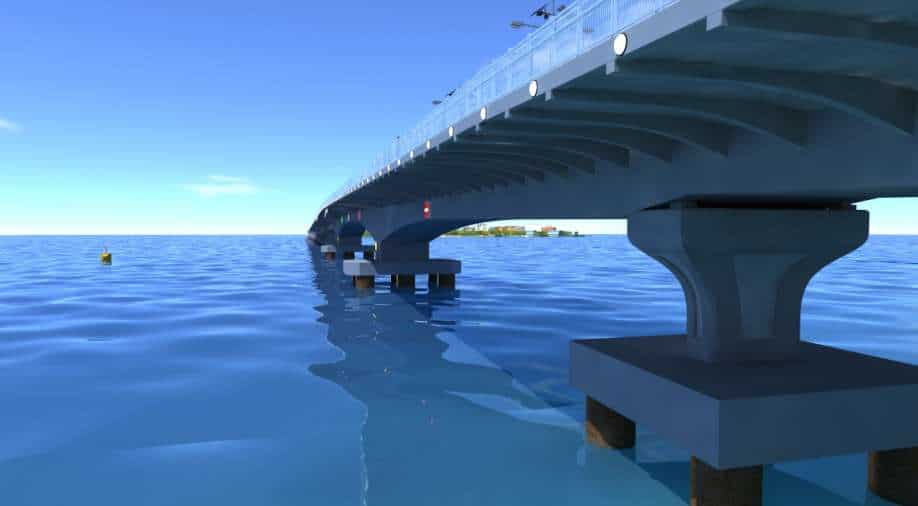 The project is supported by New Delhi with a grant of $100 million and a $400 million line of credit, totalling $500 million. The agreement to build the infrastructure project was signed last year

The project is supported by New Delhi with a grant of $100 million and a $400 million line of credit, totalling $500 million.Under the project, a 6.74 kilometres long bridge and causeway link will be built that will connect the national capital Male with three adjoining islands viz. Villingli, Gulhifalhu and Thilafushi.

The project was first discussed during External Affairs Minister Dr S Jaishankar's visit to the country in September 2019. The agreement for the project was signed between AFCONS and Maldives government last year and the mega infrastructure is expected to be completed within two years.

An opportunity to lend further momentum to the relations: EAM

"The visit will provide an opportunity for the two leaders to review the progress made in this wide-ranging partnership and impart direction to the two sides that will lend further momentum to this strong partnership that we have."

During the visit, focus will also be on other major projects that India is helping the Maldives government build. Reportedly, India is supporting 45 projects in the country with grant assistance of $16.88 million or 260 million Maldivian rufiyaas. Of these 45 projects, 17 have been completed and inaugurated already.

The projects are identified by the Maldivian government based on its development priorities and are implemented by local councils or concerned ministries.

Before GMCP, Sinamalé Bridge, built by the Chinese was the biggest infrastructure project in the Maldives. The bridge is 1.39 km long and connects the capital city of Male with Hulhule.

The construction of the bridge was started in 2014 under Abdulla Yameen, the then President who was close to Beijing. Currently, Yameen is leading an anti-India campaign in the country.

The last state visit of Solih was in December 2018, just a month after taking charge. During that visit, India announced a $1.4 billion economic package which included support for building ports, airport expansion, reclamation and cricket stadiums amongst other projects.

Cricket diplomacy has been a key component of the ties as India is training members of the Maldives cricket team.