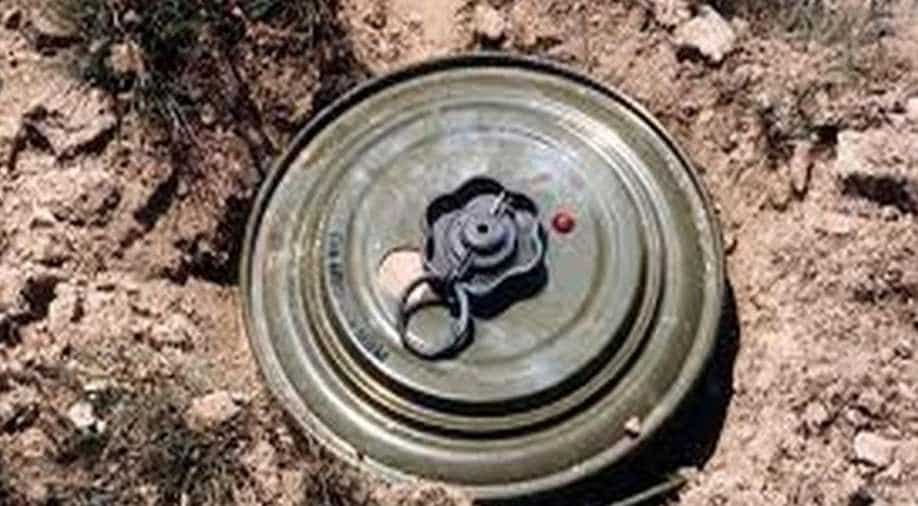 Addressing the UN Security Council open debate on ''Mine Action'', Secretary (West) in the Ministry of External Affairs Vikas Swarup said that the countries affected by landmines, particularly with conflict situations, require assistance.

Addressing the UN Security Council open debate on ''Mine Action'', Secretary (West) in the Ministry of External Affairs Vikas Swarup said that the countries affected by landmines, particularly with conflict situations, require assistance.

"It is a matter of deep concern that terrorist groups, such as Da’esh, Hayat Taharir Al Sham [HTS], Al Nusra Front, have resorted to landmines and IEDs as low cost and effective options to spread terror and threaten innocent civilians," he said.

He noted that a similar trend was being witnessed in Mali, where peacekeepers have been targeted by IEDs.

Voicing concern that such usage has only increased, Swarup stressed the need to strongly condemn and take effective measures to combat this trend.

“The countries affected by landmines, particularly with conflict situations, require assistance. We need to provide assistance without politicising the issue since it is the people who suffer from this menace,” he said.

According to a concept note prepared for the meeting -- held under the Council Presidency of Vietnam --, 2019 was the fifth year in a row with high numbers of recorded casualties owing to the indiscriminate use of landmines, explosive remnants of war and improvised explosive devices.

The vast majority of recorded casualties were civilians (80 per cent), of whom 43 per cent were children.

It added that the United Nations Multidimensional Integrated Stabilisation Mission in Mali has recorded more than 350 casualties since its creation in 2013, of whom 65 were killed as a result of attacks using explosives, which have increasingly included improvised explosive devices.

He pointed out that a 12-member team of experts from India participated in a joint counter explosive threat task forces training exercise, Ardent Defender-2019 in Ontario, Canada.

About 130 personnel from 13 African states participated in exercise AFINDEX, a multinational exercise on de-mining and unexploded ordnance held in India in March 2019.

In addition to providing training in demining, India had also provided seven de-mining teams to clear landmines in the Northern part of Sri Lanka in 2010 which helped facilitate the return of internally displaced persons (IDPs) to rebuild their lives, he said.

In October 2018, the ‘India for Humanity’ initiative was launched as a part of Mahatma Gandhi’s 150th birth anniversary celebrations, with a focus on Gandhi''s philosophy of compassion and service to humanity.

Swarup told the Council meeting that under this initiative, 13 artificial limb fitment camps have been held by India in 12 countries and more than 6,500 artificial limbs have been fitted, mainly in Asia and Africa.

The limb fitment camps, which aim to provide for the physical, economic and social rehabilitation of the affected persons and help them regain their mobility and dignity, have now been extended upto March 2023.

In this context, he acknowledged the association of BMVSS Jaipur, led by Dr. D.R. Mehta, for contributing artificial limb ‘Jaipur Foot’ for thousands affected by disabilities brought by conflicts and land mines.

Swarup told the meeting that India is fully committed to the Convention on Certain Conventional Weapons and is a signatory to all its five Protocols, attaching high priority to the full implementation and universalisation of Amended Protocol-II “as it strikes the right balance between humanitarian concerns and legitimate defence requirements of States, especially those with long borders.”

India has a moratorium on the export and transfer of landmines and is committed to reducing the dependence on Anti-Personnel Mines (APM’s), Swarup said, adding that India believes that the availability of militarily effective alternative technologies that are also cost-effective can help facilitate the goal of the complete elimination of APMs.

India also supports the efforts of the UN Mine Action Service (UNMAS), UN Development Programme and other agencies which have been working in conflict zones across the world. The UNMAS’s mine action has remained pivotal to the safety and security of our peacekeepers, he said.

Swarup added that India has enacted the Right of Persons with Disability Act, 2016 which addresses the concerns of persons with disabilities, including landmine survivors.